The Justin Kemp Band released their new country single “Legends Never Die” on December 20, 2019. This original classic country song is a clever tribute to Country Music legends whose song titles compose most of the lyrics. Each line has been skillfully gleaned from many classic country hit songs from legends such as George Jones, Tammy Wynette, Willie Nelson, Johnny Cash, Waylon Jennings, Merle Haggard, Don Williams, Conway Twitty, Buck Owens & Hank Williams Sr.  Their songs continue to inspire Country Music fans, and Justin hopes that this “new” single will in fact showcase how relevant they are today and will keep country music alive for generations to come.

Legends Never Die was written by Justin & David Kemp. The idea of the song was conceptualized when Merle Haggard passed away on April 6, 2016. This inspired Justin & David to start writing a song with song titles from Merle. As the lyrics & melody progressed they began adding song titles from other legendary artists they admired. David wrote most of the lyrics to Justin’s melody. Merle Haggard was one of David Kemp’s (bassist and vocalist) favorite artists growing up. David says, “I am so proud that the music I listened to growing up inspired my son’s music career.”

The accompanying “Behind the Song” video showcases the story of the song coming to life and follows the recording process. Additionally we have link below with the lyric video. “The most special part of this project was creating something that was really important to my father (David Kemp).  As much as I like making music for my fans, I love being able to share the creative process with my family.” – Justin Kemp

Listening to this song, there is no doubt that “as long as “Justin Kemp” has a six string in his hands,” The Legends” featured in this single will surely “Never Die”. 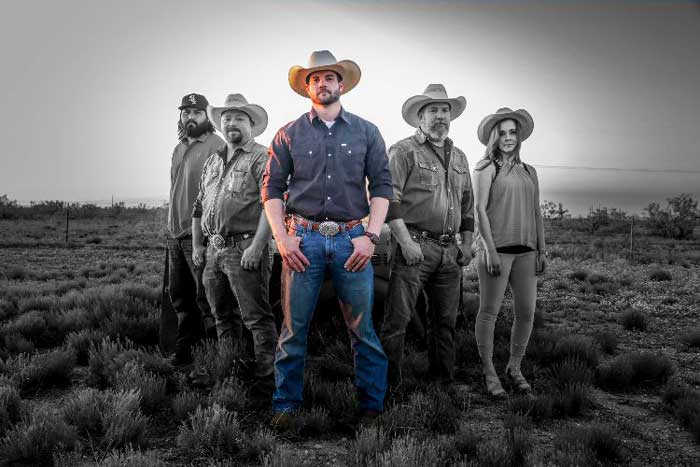