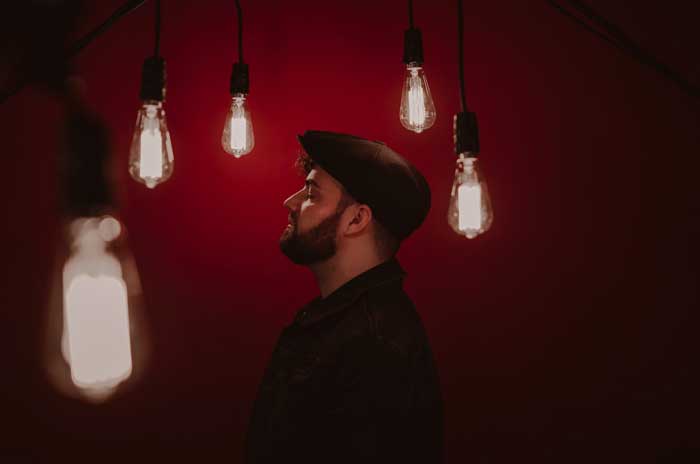 Welsh singer/songwriter John Adams kicks off 2020 with the release of his new single ‘Kiss Every Stranger’ on January 31st. This new song is a unique blend of his heartfelt songwriting and pop beats with minimal electronic production. ‘Kiss Every Stranger’ questions the idea of ‘finding the one’ in romantic relationships:

‘It’s easy to find what you’re looking for if you know what it looks like, but what if you have no idea? I think this is the hardest part of being single and trying to find the perfect partner. With fear of sounding promiscuous I think you just need to emotionally connect and try to understand as many people as you can until the key fits the lock. And if you’re lucky you’ll discover what your future partner looks like, dresses like, talks like and most importantly loves like.I’m one of the lucky ones but I can still remember that dreaded feeling just 10minutes into a first date when you already know it’s not this one’ John says about the track.

An official music video directed by Rhys Davies from Furball Films has just been released on VEVO: ‘In the music video I try to mirror the chaos and struggling of dating. I follow a series of misleading, confusing and vague clues and even when I reach the end of the hunt, I’m still none the wiser to whether I’ve found what I’m supposed to, or if the clues were even meant for me’ explains John

With a reach in his tone to match Sam Smith and James Blunt, John Adams draws influences from the likes of honest songwriters such as James Morrison, Damien Rice and David Gray. Having spent nearly all his adult life as a songwriter playing gigs in venues across the UK as well as busking on the streets of Cardiff, John took a leap of faith in 2016 as he quit his job as a Mathematics teacher to perform full time. The gamble paid off, and John has gone on to support acts such as Take That, Lemar, Stooshe, T’Pau and Katherine Jenkins.

‘Kiss Every Stranger’ follows the release of John Adams’s EP ‘No White Lies’ last year which peaked at #2 in the iTunes Singer – Songwriter charts. His last album ‘You Never Know Who’s Listening’, released in 2018 has received praise from media and fans alike, accumulating over 9.7 million streams on Spotify.

‘Kiss Every Stranger’ is now available on all digital platforms.

Like Loading...
johnadamsmusic kisseverystranger music musicvideo newmusic newmusic2020 pop UK Vevo
Previous ArticleFashion on the Go: Cute Styles for Active Girls
Next Article What You Can Do When You Are Injured At Work