Massachusetts, USA | July, 2020 – Alternative rock/metal vocalist Jen Janet has released her new single “I Don’t Belong,” out on all digital platforms now. Released with a corresponding music video, “I Don’t Belong” expands upon the goth-rock sound she presented on her previous single, “Possession.” Falling down a continuous rabbit hole of evolution, she finds herself in a natural pocket of power on “I Don’t Belong.” Self-described as a ‘multimedia musical project,’ Jen Janet has long-term industry experience as both a solo artist and front woman, as well as in fashion, makeup, photography, and videography. Built upon darker imagery, her new music highlights a noticeable shift in genres – her last solo EP, released in 2017, was a focused pop record. “I Don’t Belong” is both captivating and enticing – perfectly representative of where Jen Janet is at in her career.

About the track, Jen states:

The song I Don’t Belong was originally written a long time ago when I felt very lost. I wasn’t quite sure where my future was musically because I felt that everything I was working on was a dead end. I also felt like I did not really belong anywhere socially. I was living in the town I grew up in – it is a very small town in Massachusetts. I just didn’t fit in with most of the people there and although I appreciated the people around me, it was time to leave and explore other places, people, and things. Socially, a lot of the people I was hanging out with at the time were different from me and although they were kind to me, we had many different interests. I’ve always been somewhat introverted but I wanted to branch out and spend more time with people who have similar interests and world-views to my own, and feel more like I fit in.

A self-described ‘multimedia musical project,’ Jen Janet is an ethereal goth-rock dream. As the lead vocalist of multiple metal bands (Mimesis, Novarium), she’s dipped her toes into many waters, and has shared the stage with international touring acts such as Saving Abel, Red Jumpsuit Apparatus, Motionless in White, Puddle of Mudd, Buckcherry, and many more. Jen’s artistry is built around her sheer passion for all things media, including photography and videography, which she integrates into her solo work. She has been a notable force around the New England music scene for some time, while simultaneously working as both a print and runway model for various brands, including Subaru. A true chameleon, Jen combines her many creative layers with darker imagery and symphonic sonic influences to create her current alternative-based style. Her new single “Possession,” released July 8th, highlights a return to her rock roots, after releasing a focused pop record in 2017. Jen Janet is finding her freedom in creation. 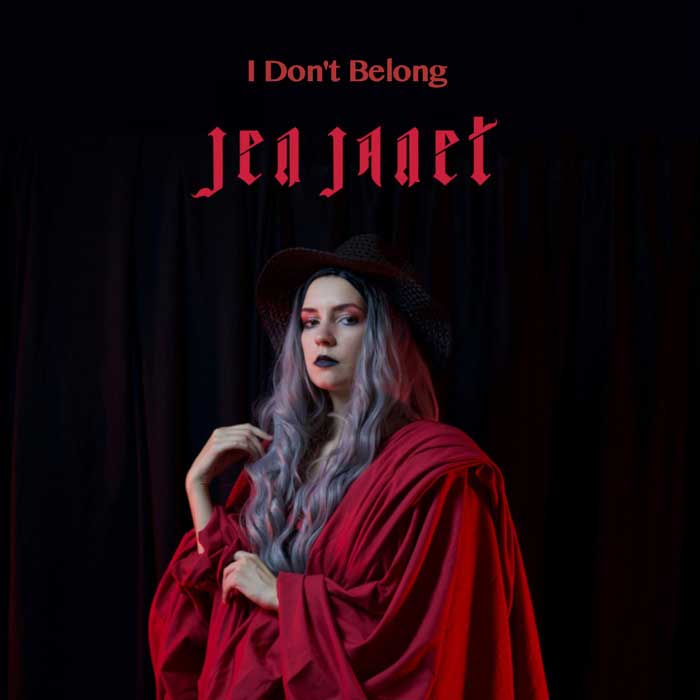