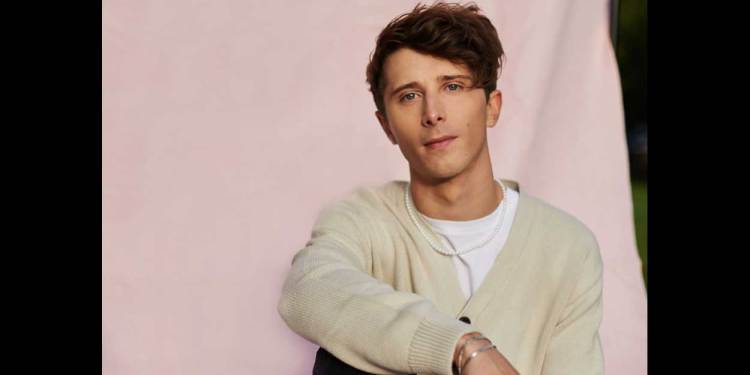 Welcome to the world of versatile songwriter Zac Pajak: who’s as comfortable contributing to hit music for artists as diverse as Major Lazer and McFly as he is delivering his own brilliantly observed, expressive releases, which have already found an audience of millions across BBC Introducing, TV shows like Love Island and TOWIE and big-hitting playlists such as Spotify’s Fresh Finds, along with live shows everywhere from Glastonbury to London’s Roundhouse.

I’ve been working on a stripped back version of my new single ‘Love You In The Right Way’ on the piano which I’m really excited about, and I’ll be releasing that next month. This single is part of a bigger EP project which I’ll be sharing more of in the new year so you can expect some new releases in the near future.

I also have a headline show coming up on November 17th at Cocoa Vaults in London. It’s a really intimate basement venue in the heart of London and rehearsals are sounding epic so I’m super excited for it!

I only recently discovered Holly Humberstone who I think is awesome and I’m enjoying the new Sam Fender album too. I’m desperate to hear the rest of the Silk Sonic album though; the Bruno and Paak collaboration might be the best thing to happen to music in a long time.

It’s so hard to pick just one. I enjoy playing ‘Retrograde’ a lot because all the melodies feel really natural to me. ‘Silver Lining’ has been a fun one too as there’s so much groove to it. I can’t wait to perform the new one live for the first time though… it could be a new favourite.

Have you written songs for any other artists?

Yes, I’m really lucky to be able to write and collaborate with other artists a lot thanks to my publishers The Movement UK. They’ve introduced me to some incredible artists, both emerging and established. I try and strike a balance between working on my own stuff and co-writing for others. I really enjoy doing both for different reasons. I recently co-wrote ‘Wild And Young’ on McFly’s album ‘Young Dumb Thrills’ which was really fun to make with Danny Jones, Chris Leonard and Jake Gosling.

Another favourite was collaborating with Mr Eazi and Raye on Major Lazer’s ‘Essentials’ album with a song we wrote called ‘Tied Up’. I recently found out that the album has gone gold in the UK which is totally mind blowing to me. I’m insanely grateful to have played a small part of it! Shout out to my publishers Sarah and Jake for that one.

My home studio is pretty much a glorified shed in my back garden which I’ve kitted out over the years. I use Logic Pro X on a Mac and a UA Apollo Twin for writing purposes. I have a few expensive microphones, but I often find myself using an SM7B for vocals. There’s just something about it which I really love.

I’ve had a beautiful Fender Strat which I use on almost everything, a few synths and some electric pianos which actually sound terrible until you do any processing to them, but I have a lot of fun messing around with them to make them sound cool.

What a question. Blue. I have a blue room, a blue car and a lot of blue clothes. In fact, I enjoy listening to the blues too.

Funnily enough I do have a little toy penguin called Pablo which my producer Jake Gosling bought me when my song ‘Retrograde’ was featured on Love Island. Two of the contestants were on a date on Robbin Island in South Africa surround by penguins when the UK series was set out there.

Only in the music round. I do love a pub quiz though.

My girlfriend and I dressed up as Banana’s in Panama’s recently for a 90’s themed party. We got on a forty minute train across town in costume getting the funniest looks from everyone. We even got asked to be in a few selfies. 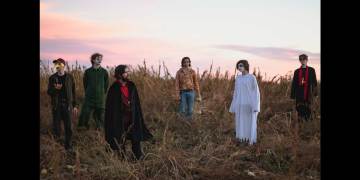