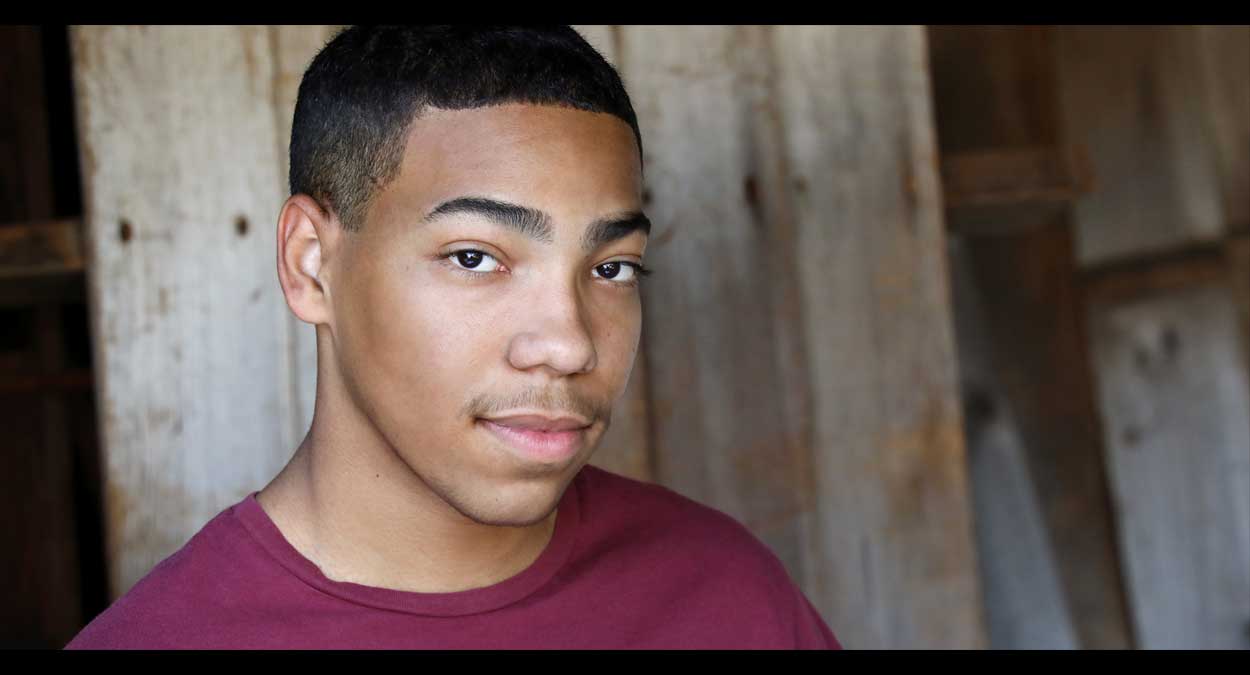 Ramone Hamilton is an actor, voice actor, and singer. The 16-year-old is known for playing the leading voice of George in the Dreamworks Animated series “Captain Underpants,” Coop in Disney Jr.’s “The Chicken Squad,” AJ in Nickelodeon’s “Blaze and The Monster Machines,” and Crash Watkins in Ludacris’s animated Netflix series “Karma’s World.”

He can also be heard as the voice of young Joe Gardner (whose older version of the character is played by Jamie Foxx) in Disney’s Academy Award-winning animated feature “Soul,” as Axl in Universal Pictures’ “The Grinch,” and most recently, in “Minions: The Rise of Gru.”

Born into a long line of entertainers, Ramone began his career in the footsteps of uncle and jazz icon Chico Hamilton as well as grandfather and actor Bernie Hamilton, also known as Captain Dobey from the popular 1970s series “Starsky and Hutch.” At age 5, Ramone recorded an anti-bullying CD with jazz icon Patti Austin and, by 7, had performed at the Walt Disney Concert Hall with the Inner City Youth Orchestra of Los Angeles. He went on to perform in Las Vegas with Michael Jackson Tribute artist Scorpio, at various iconic venues across Los Angeles, like The Troubadour and Whiskey A-Go-Go and appeared on air for “Good Morning Atlanta.”

Recently, Ramone performed at the Coronet Theater with actress Megan Mullally, whom he met while working on an episode of the hit NBC comedy “Will & Grace.” He can also be seen in “Devious Maids,” “Hot in Cleveland,” and “Modern Family,” and heard in “Rapunzel’s Tangled Adventure,” and Cartoon Network’s “Summer Camp Island.”

Michael B Jordan. He’s a role model and someone I really look up to. He was a fellow child actor as well.

Thank you for your support. Follow your dreams. And dream big and work hard — you can accomplish wonderful things!

I feel like the industry can be so impersonal. Like those involved do not get “warm and fuzzy” until you get the job. There’s not much nurturing. I’d love to see more feedback to help us understand why we didn’t get some of the roles we auditioned for, or an explanation on what we could have done better.

If you could pass on a nugget of wisdom to the next generation, what would it be?

To enjoy growing up. Enjoy your time as a kid. Don’t try to rush. Don’t put a lot of pressure on yourself. Because if you do, you won’t have fun or be present in the moment that you have now. Make relationships and have fun!

What was the last thing you dressed up as for?

I just actually went to a party at Cameron J. Wright’s, who stars on Netflix’s “Family Reunion.” He’s one of my boys, and he had a winter jam party. I got all “dripped out” for that one.

Don’t Forget To Send A Christmas Card, New Christmas Song by Ramone Hamilton, out on ALL Streaming Platforms.

Voice actor and musician Ramone Hamilton (“Captain Underpants,” Disney’s “Soul,” “Minions: The Rise of Gru”) would like to share with you his Christmas single “Don’t Forget to Send a Christmas Card” ft. bass player for Stevie Wonder, Nathaniel Watts, and cameos by actors like Isaac Ryan Brown (“Raven’s Home”), Jalyn Hall (“All American”), Cameron J. Wright (“Family Reunion”). Written by Ramone’s grandfather and iconic actor Bernie Hamilton (“Starsky & Hutch”), the single was produced by famous drummer from the 70s, 80s and 90s, Joseph Block and spreads an old-school sentiment to Ramone’s Gen Z peers. Ramone directed the video adding a sense of realism by including his own aunt writing to a boy in a photograph: her real-life son who died in a tragic accident. Ramone doubles as a full-time performer and straight-A student known as the voice of George in “Captain Underpants,” Crash Watkins in Ludacris’s animated Netflix series “Karma’s World,” and Young Joe Gardner” in Disney’s Academy Award-winning film “Soul.” He can be seen singing Michael Jackson’s “Ben” on “Will & Grace”.

Diabetes – How Does Diabetes Affect a Child?
Next Article