Dive into the Retro/Future Flavoured Pool of music from Ben Blackett, harkening  back to the sounds of Early West German KruatRock, a collage of electronic sounds, rock music, and psychedelia, it’s a style that is a blend of characteristic improvisation and hypnotic, minimalistic rhythms. The music that Ben Blackett puts out will take you back and thrust you forward at the same time. He melds classic electronica with modern techniques and creative melodic patterns – resulting in a wonderful mixture that is equally chilled and relaxing as it is raw and energizing. At GhostPile Records, we are proud to have Ben Blackett as part of a dedicated team bringing back real synth and electronica that was enjoyed in the 70’s to late 90’s, but have a current twist. 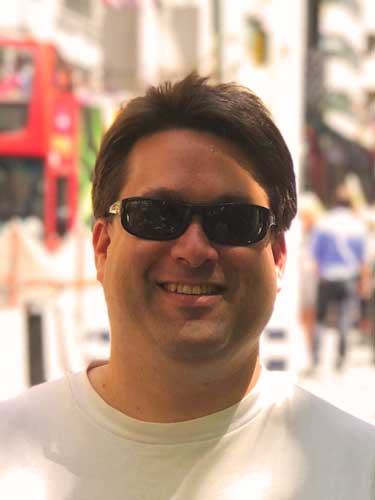 A bit of his background, Ben Blackett has written and produced Electronic music over a span of more than 30 years.  At an early age, Ben knew he wanted to dedicate his life to making music and working with audio. As a young child he learned to play the piano, but instead of practicing his lessons he would often spend hours playing around with sounds and melodies. With the introduction of an Ensoniq SQ2 keyboard and a home computer a little while later, this turned to making whole songs and loops using MIDI sequencers and early versions of Cakewalk (now called Sonar). After high school, and a very brief stint playing bass guitar in a band, Ben decided to professionally study Audio Engineering and Graphic Design. He attended the Art Institute of Seattle and graduated in the late 90’s as a Studio Engineer.  Ben was active in the Seattle music scene as a freelance audio engineer and remote location engineer for a time and professionally recorded a few local artists from the area. Soon after graduating, a different career path opened to him encoding live audio for internet streaming. This launched the next 20+ years for him becoming a well respected and sought-after Software Engineer and Application Developer instead. He eventually decided to sell his gear and take a break from writing and recording music to raise his family and focus on his new career direction.

Ben’s eventual return to music occurred in early 2017 when he introduced his children to exploring and writing songs using Propellerhead’s Reason. Feeling the strong pull of his own childhood creative outlet tugging at him once again, he decided to actively renew his love of all things electronic music and began writing once more. Over the following year, Ben focused on defining his new sound and upgrading some of his older work.  His debut album “Unbound” released in December of 2018, is an expression of this new found musical freedom and renewal. The album received high praise and recognition for its genre-bending fresh sound and high production quality, and helped launch his new social media presence. With his background in audio engineering, a successful album under his belt, a growing fan base, and a backlog of creative work to draw from, it was not long before he caught the attention of Italian label Ox-zone Records – a spinoff from well known artist Dyodho – and began working with them on additional releases.  Ben’s early musical influences include Enigma, Tangerine Dream, Orbital, Pink Floyd, U2, Peter Gabriel, Deep Forest and Enya. Later influences include Ryan Farish, Nigel Stanford, Ulrich Schnauss, Suduaya, Bluetech, and many other

Jordan Paul is a singer songwriter born and raised on the island of Kaua’i, Hawai’i. With his incredibly versatile vocal abilities, Jordan Paul has made his presence known since his debut single “Elsewhere”...

Chicago-based one woman industrial electronic army has just dropped a remix of her song hit single ‘Pray’ by Stabbing Westward, available on all streaming services now. The original...

Coast to Coast, The Sun Harmonic’s fifth studio album, captures the importance of travel and the experience that comes with it. There’s an adventure in chasing the dedication...

Alongside her celebration of the beauty of black women in ‘Classic’, ‘Ocean (Reprise)’ will feature on Adria Kain’s landmark album, When Flowers Bloom, out on 28th January 2021.

Nadia Vaeh's newest single will have fans make moves on the dance floor. The seductive pop song chronicles the deceptive femme fatale who walked in to Nadia Vaeh’s...