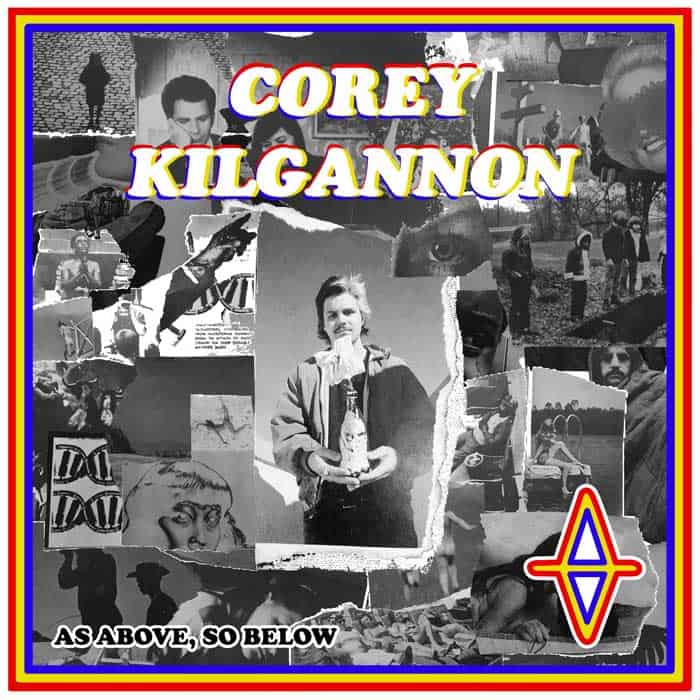 Corey Kilgannon’s newest album As Above, So Below is the pinnacle of Kilgannon’s honestly raw, vulnerable, and emotionally evocative releases to date. Arguably the most politically charged album of his unusually large discography for his age, Kilgannon unabashedly addresses a variety of human issues that are often glossed over in society. Touching on depression, oppression, feminism, social justices, LGBQT, racism, and many other cultural topics, Kilgannon remains brutally honest in his lyrics and maintains a position that humans should open their perspectives to love and understand one another unconditionally.

Kilgannon’s gift for evocative melody and emotionally intuitive songwriting has led him to share stages with artists like JOHNNYSWIM, Jon Foreman, John Paul White , JOSEPH , Penny & Sparrow, David Ramirez, and the late Dr. Ralph Stanley. That same gift is undeniably present throughout the lyrics of As Above, So Below. In the title track, Kilgannon remarks on the tragedy of unnecessarily taking a human life: “My black friend got shot for running a stop sign, when he reached for his insurance the cop killed him outright. This clown we elected couldn’t call it a crime, should make every decent man cry.” In Kilgannon’s single “Home of the Estranged” we hear the message of the entire album laid out eloquently in a single sentence: “Human life is not a resource to trade, it is not so absurd to hear out the perturbed, we all see the same things different ways.”  Plausibly the most powerful song on the album, “Ashamed” features Kilgannon’s melancholic guitar picking as the backdrop to poignant lyrics. “She says baby it happened to me too, what the hell was I supposed to do?… I called out, no one came. The odds were stacked against me one in five women get raped. I wonder what percentage are the made to feel ashamed.” As Kilgannon weaves between the facets of every human emotion, his words are meant to bring everyone together as he invites listeners to “Come down to the oasis, never be alone”.

Featured among heavy-weights of the folk music scene in three of Spotify’s Acoustic playlists, Kilgannon boasts over 350,000 monthly listeners. The therapeutic process behind each song is clear as his rich, yet conversational voice soars over lyrics set against a backdrop of acoustic and atmospheric textures.  The emerging indie-folk artist has built up a considerable fanbase in cities across the country becoming known for radically stripped down sets under bridges to room-quieting performances in packed out venues.