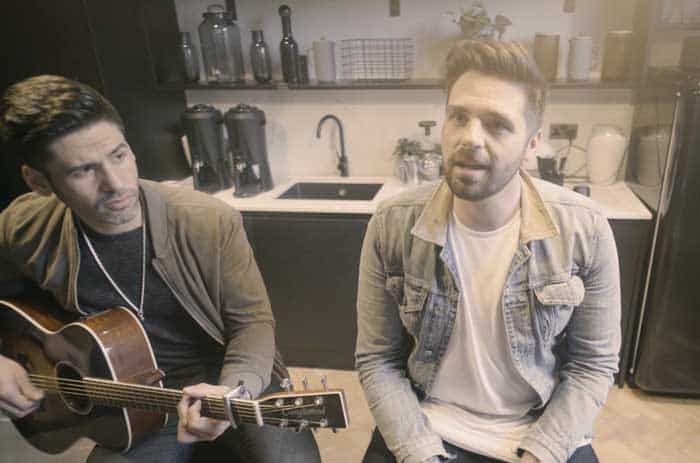 With a unique interpretation of a timeless classic, Ben Haenow has showcased his exceptional vocals and highlighted that he has the ability to make any song his own. The platinum selling artist has released an acoustic rendition of ‘Heart of Glass’ by Blondie.

By stripping everything back, Ben has accentuated the track’s poignant lyrics and transformed the original into something completely new.

“I wanted to do a chilled acoustic version of ‘Heart of Glass’ by Blondie because I’ve always really liked the lyrics to the song. I feel like they lend themselves to a more heartfelt and stripped back version of the original track.

“It’s really cool to be featured on the ‘Café Covers’ album from Double J Music and to be alongside artists like Emma Bunton and Jack Savoretti.”

To accompany the song itself, Ben has premiered an official video for ‘Heart of Glass’ on his Vevo channel. The performance-based visuals were filmed at The Ministry in London.

‘Café Covers’ is available now on CD, vinyl and all digital platforms. Physical copies can be purchased online and in HMV stores across the United Kingdom.

Following its release, ‘Café Covers’ stormed straight to the top 10 of the iTunes albums chart in the UK. The record also reached number one on the iTunes pre-order chart in January.

With a remarkable new cover to his name and a performance lined up at London’s iconic Royal Albert Hall, 2020 is off to a brilliant start for Ben Haenow. The gifted singer is also busy writing more original material.

‘Heart of Glass‘ is available now on ‘Café Covers‘.