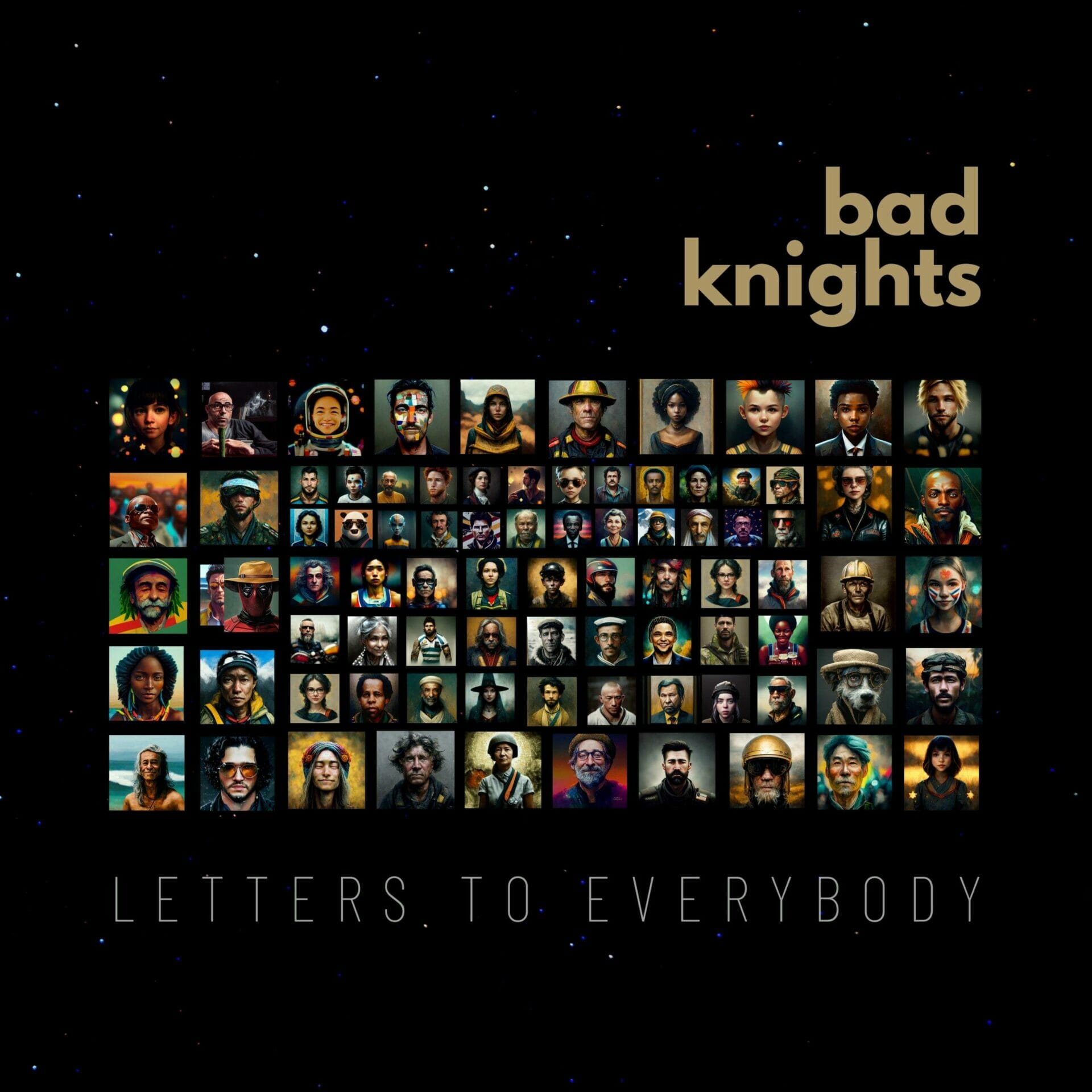 Bad Knights are the rising alternative rock band from South Africa making waves with music that defies convention with soulful storytelling, majestic baritone vocals and pristine instrumentation. They write songs from life’s messiest, most raw, and utterly beautiful places, because that’s where we usually find meaning.

The band just released their 15 track debut album, Letters to Everybody, an alternative and soft rock album that harkens listeners to artists like Bob Dylan, Bruce Springsteen, and Eddie Vedder. With their quite unique ‘Storyteller Rock’, Bad Knights presents something instantly gripping while remaining serious, mature, and refined in their expression. Its music with depth, nostalgia and a sense of timelessness – messages that stay with you long after your listens.

Letters to Everybody captures the complex and multi-faceted nature of the human experience. The tracks are thoughtfully worded, complex, and meticulously placed. Each component, instrument, and tone plays its role in bringing together a sound that keeps you hooked, bar to bar, right to the euphoric crescendo – a hallmark of the Bad Knights’ niche sound.

The opening song “Still got Shoes” is the story of a girl who thought she would never break free from the chains of circumstance, and sometimes the ones in her own head. Until one day, she did. The song, ultimately, is about finding courage during the hardest of times and conquering your demons through the realization that all you really need is yourself. It’s a perfect first track to lead you into the album and sets the expectations of quality songwriting through the album.

The album wraps us with a song called ‘Like Knox,” a song about enduring life’s hard times, finding true love, and riding away into a starry sunset through the fable of a young couple in love, facing their struggles together, and knowing that they are not defined by their problems, nor by temporary struggles. As the instrumentation and vocals grow to an electrifying build, the couple decide to leave the bland monotony of their hellish existence for a chance to drive off into the sunset and start anew. A new life in a different town awaits them. This iconic track ends with a signature Bad Knights reprise.

But perhaps the most moving song on Letters to Everybody is the darkly melodic “Mr. Suicide Man.” It’s a hauntingly inspiring song about mental health, depression, and suicide shown in a conversation between a man on his way to a bar and a man about to take his own life. What’s interesting about “Mr. Suicide Man” is that there is no resolve, you never really know what happened to the man in the end. This quite unique piano rock ballad leaves a lasting impression on the listener, bittersweet, yet hopeful.

“You would think these stories are unique to a few individuals, or a handful of people I’ve encountered, observed, or simply chose to write about,” shares the Bad Knights frontman Stig, when asked about the conception of the album.

He continues, “But perhaps the most fascinating part of the journey has been the realization of how universal each song ends up becoming. A story of one, at some point in their lives, is a story of everyone. Eventually, most people will always be bound by that thread, the common stories we share with the world around us. So I can only hope that this realization, inspires some kindness and empathy for it.”

Ways To Upgrade Your Hotel Guest Experience
Next Article