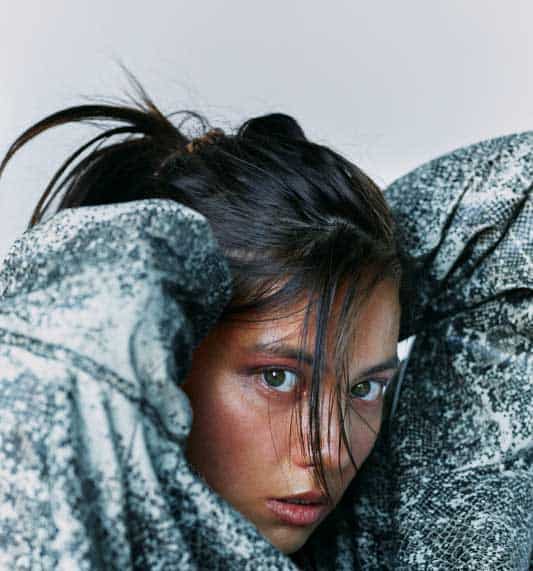 With such a mix of sounds and plain artistic talent in view, the critical support came fast with i-D, THE FADER, FACT and STEREOGUM just a few of the voices heralding a thrilling new voice and artistic talent.

Following a surprise period of media blackout last year, Zee then released ‘Lydia’ in September – the first offering from her upcoming debut album ‘Factory Pageant’ (due in February 2019). Annika now teases ‘Fantasy’, the second glimpse of an album she describes as “taking place in a future universe, defined by ‘never-ending self-design, the new modern labour.’

In her own words ‘Fantasy’ is “the most straight forward track on the record. I liked entertaining the idea of love as something wrong and dangerous, something that threatens our tech-induced narcissism. The song also has a more sinister alternate narrative –  – it’s myself involved side or avatar ‘young girl’ self-seducing me to love her and keep her alive forever – a Satoshi Kon, Perfect Blue kind of affair.”

It’s a sultry, gorgeous gem; Annika’s inquisitive, languid vocal complements a trip-hop laced instrumental to create an engrossing, hypnotic offering. With the clear talent, intimacy and creative capacity on show, as well as a very appreciative love on Manga, get ready to hear a lot more from Annika Zee as she continues to captivate and enthral with her dark futurism.