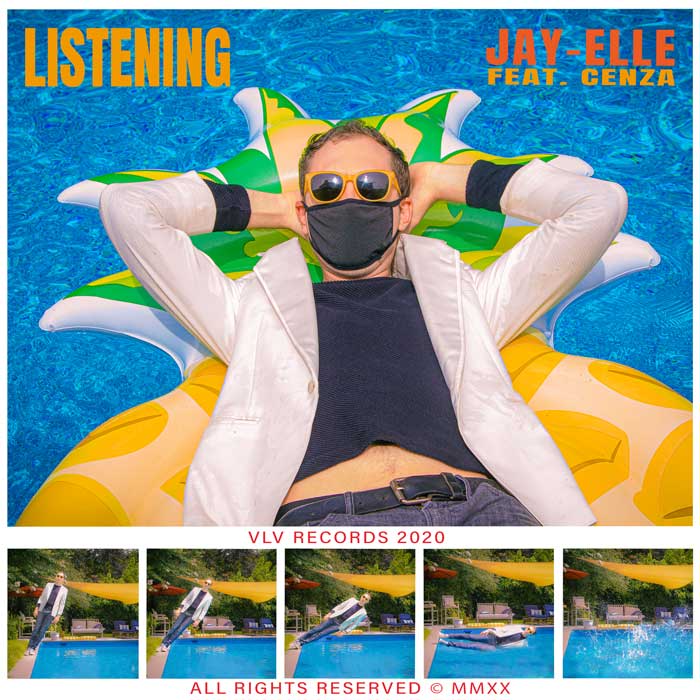 Written and produced by Jay-Elle and mastered by JD Moon, “Listening” is a fun pop hit with a lo-fi dance groove that explodes with a strong synth/drum break. The single features a bridge written and performed by Cenza, marking Jay-Elle and Cenza’s second collaboration together after Jay-Elle produced on her latest single “Thriving.”

“It’s my ‘end of summer’ anthem. This sound is a reflection of a year that makes no sense, but focuses on the positivity of a budding relationship,” says Jay-Elle. “I met the artist Cenza through mutual friend and she helped me finish the song by writing a fantastic bridge that ties the whole track together.”

Jay-Elle recently rose to acclaim with the release of his debut synth pop single, “Forget Your Keys,” followed by a cover of “I Need a Forest Fire,” both of which received thousands of streams on Spotify. “Listening” is Jay-Elle’s third single. He is currently in the studio working on his debut E.P. which is due early 2021.

Jay-Elle is a Brooklyn based singer/songwriter from South Carolina known for blending folk-tronica with synth pop and dance. At a young age, Jay-Elle began writing music on the guitar and piano, and quickly became fascinated with complex vocal harmony after joining a jazz choir in school. After re-locating to New York City, he was moved by its fast-paced nature, its rhythms, and its contradictions and started to lean into music production. He cites Stevie Nicks, Bon Iver and Kanye West as inspirations. Jay-Elle is the alias of actor Jean-Luc McMurtry. www.vlvmedia.com/music