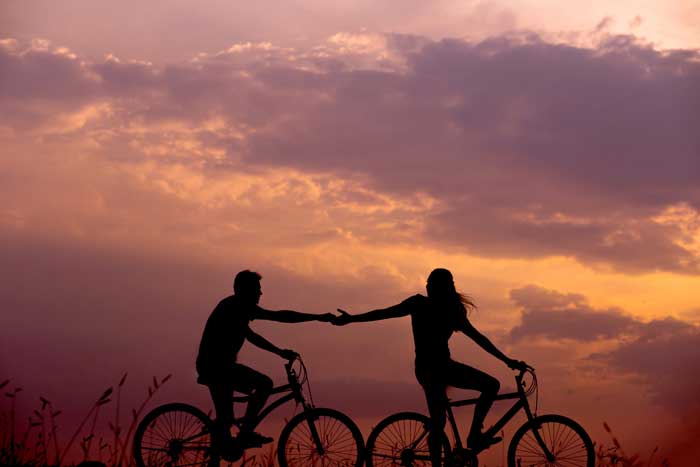 Life is not easy for most of us. It’s quite the challenge, in all honesty. So many things attack us and impede us from living a basic, straightforward life – it’s just a case of how we handle them. Most people can withstand the storms that are placed in front of them. They’re by no means a walk in the park, but they’re all doable. There are some people out there, however, that just cannot seem to handle what life throws at them. They’re by no means weaker or any less of a person; they’re simply dealt harder hands, or they’re mental state has been eroded somewhat.

Going through these kinds of hardships yourself is pretty taxing. Watching someone you love go through them, however? Well, that’s pretty horrific. Seeing it all unfold and knowing you cannot directly change the course isn’t nice. Depression, anxiety, physical impediments, personal issues, and all kinds of difficulties take time, and they can be very hard to overcome. You can’t just hop in and fix it for them. There are a few indirect things you can do, however. You can work with them to a large extent. Here are a bunch of ways you can help someone get back on the right track.

Simply being there for someone can be the difference between success and failure in this regard. Humans are social creatures; we need to have people around us in order to feel good. If we’re isolated, then the motivation drops so very quickly. If someone’s struggling with whatever issue, then loneliness will promote apathy. Apathy will lead to a downward spiral. Show up and let them know you’re in their life for the long haul – it’ll mean so much.

Set Tasks And Goals For Them

As humans, we’re motivated by goals. When we see a particular challenge in front of us, our ears perk up – we’d like to fulfill that challenge and tick that box. It’s obviously not going to be easy, but setting little targets could give them the oomph to get going again. It’s not the same as little goals in a workplace, but they might just do the trick.

Get Them Professional Assistance

Sometimes your help just won’t be enough. You’ll do an awful lot for them, but you’ll have to call in the big guns if things start to get worse. It’s not a daunting idea at all. Simply calling up a professional and letting them go to work will be a big plus. These people are literally experts in fixing people’s problems, it’s a no-brainer, really. For instance, if someone is struggling with addiction, then perhaps things like sober living apartments might help them out for a little while. If it’s a much less intense situation, then maybe chatting with a psychiatrist might do the trick.

Pessimistic people might not want to hear this, but simply acting like everything is great might just turn the tide a little. It sounds too simplistic to be true, but it works in a lot of instances. Positivity can get people through even the worst times. Laughing through situations can make them so much better. A positive mental attitude could be the difference.