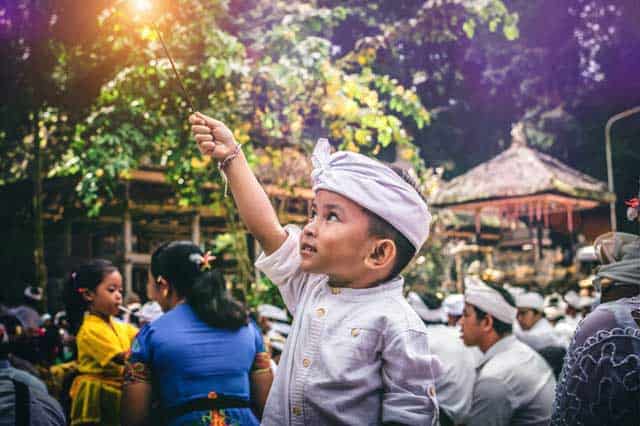 Indonesia is on almost every traveler’s bucket list. Millions of visitors flock to this country, made up of stunning volcanic islands, every year. Want to know why Indonesia should be on your dream destination list?

Even though Indonesia is one country, it’s made up of a shocking 17,000 islands. Home to 240 million people, the nation is a melting pot of cultures, landscapes, and even time zones! If variety is the spice of life, that puts Indonesia at the top of tourist destinations.

When people think of Indonesia, they probably think of the beaches of Bali. But since it has become so popular, Bali can be overcrowded with international tourists. There are plenty of other gorgeous beaches to try. On Flores, you’ll find Pink Beach. This tops the list for many tourists since it’s so unusual to see sand the shade of candy floss. If you love surfing, Mawi Beach in Lombok is a great place to head.

Karimunjawa Islands in the Java sea offers up unparalleled diving opportunities since these crystal clear waters are part of a marine park. You’ll be sure to see beautiful coral reefs and vibrantly colored tropical fish just off this remote island. The Togean Islands are so secluded they don’t even have an internet connection, making them well worth a visit if you want total tranquillity.

Jakarta, on the island of Java, is Indonesia’s buzzing capital city. It has a hugely diverse history, with European, Asian, and Middle Eastern influences. This sprawling city is home to over 10 million people from a range of backgrounds, making it a multicultural and exciting place to visit. With so much to explore, you’ll need a good base. You can find accommodation options at apartemen Jakarta.

Away from the crowded beaches at Bali, you can find some genuinely pristine beaches and stunningly exotic landscapes. Try the island of Flores, where you can visit Kelimutu National Park. There, you can trek Mount Kelimutu and catch a glimpse of the stunning tricolour lakes, which locals believe have mystical properties. Then there’s Sumba, a remote and somewhat mysterious region. Many local tribes still practice their traditional customs here, giving a fascinating glimpse into unique cultures. Look out for the Pasola festival, which features horse-back spear fighting.

Indonesia offers almost unrivalled biodiversity and wildlife spotting opportunities. Did you know that dragons are real? Or at least, the Komodo dragon is. This giant lizard is native only to certain islands of Indonesia, including the island that gave it its name. The islands of Borneo and Sumatra offer the chance to glimpse orangutans in their natural habitat, something that is impossible anywhere else. You can even spot tigers and other endangered mammals. Indonesia is also home to some stunning marine life, so it’s a place that divers will call paradise. 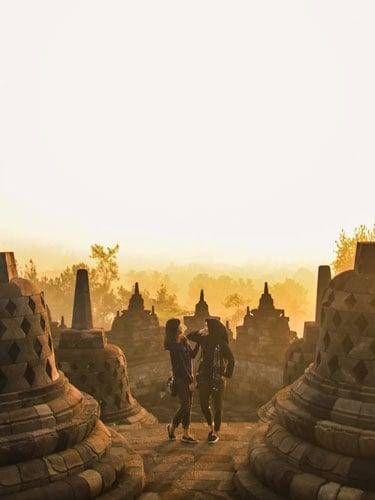 Photo by Samuel Silitonga from Pexels

This country has a rich and fascinating history. It’s home to the world’s largest Buddhist monument, which dates back all the way to the 8th century. Borobudur Temple, a Buddhist temple complex, is world-famous for its dramatic architecture. Located in central Java, the temple is built on three tiers and is like a pyramid in appearance. Having been abandoned by Buddhist monks sometime between the 10th and 15th century, it has since been restored by UNESCO.  Then there are famous palaces, like Yogyakarta, which also houses an impressive museum filled with royal artefacts.

Whether you get street food or dine in a local restaurant, you’ll definitely want to try this delicious cuisine. Indonesia is famous for a fried rice dish called Nasi Goreng, but there are all kinds of curries, soups, and grilled meats that will take your breath away. Indonesian food is a burst of flavors and fresh ingredients, so you don’t want to miss out.

With such a vast range of cultures, you’ll find countless festivals taking place over the year. There are film, food, cultural, and music festivals worth exploring across the islands. But it’s not all parties. Watch out for Nyepi, the first day of the new year according to the Balinese calendar. This is a day of meditation and fasting, so shops and restaurants will be closed.

Unlike other international destinations, Indonesia is undoubtedly a place where it’s possible to travel on a tight budget. It’s worth doing your research, planning in advance, and learning to haggle, but it’s entirely possible to have a thrilling vacation on a shoestring.

The Top Weekend Getaways in Kentucky