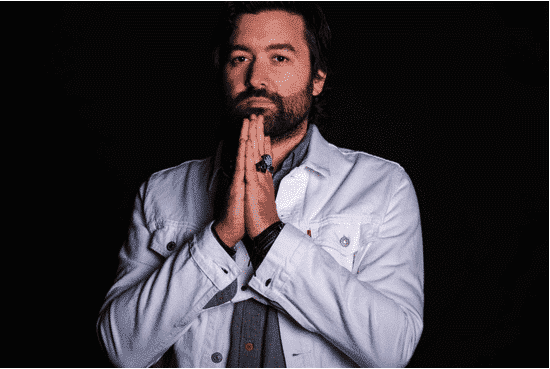 Los Angeles rocker Zachary Kibbee has released the new video for his single, “Somewhere To Put My Gold.” The track is a part of his new album Life In Low Fidelity, released earlier this summer. Kibbee exhibits sincere enthusiasm for music with his unique combination of modern alternative rock elements with his authentic gritty, bluesy style in his video. Zachary Kibbee’s “Somewhere To Put My Gold” video is now available to view on his YouTube channel.

Zachary Kibbee and his fellow band members, Derrick Wong and Jessica Goodwin, passionately jam out together in the video for “Somewhere To Put My Gold.” Wong and Goodwin provide energetic bass playing and exuberant drumming that accentuate Kibbee’s rangy vocals and heavy guitar playing. The video is brimming with confident rockstar energy. Kibbee struts around while zealously rocking out; “Somewhere To Put My Gold” is a thrilling experience both visually and acoustically. The song’s inspiration came from one of Kibbee’s co-writers, Frank Palazzolo, commenting on his swagger. “Frank said he really liked my swagger and had a lyric that he thought would fit my style, ‘somewhere to put my gold.’ I loved the idea, so we ran with that concept: swagger and gold,” explains Kibbee. The video was directed by Danny Herb and produced by Eric McNeely, who also co-wrote the song with Frank Palazzolo and Kibbee. With COVID-19 still running rampant, it’s not an ideal time to gather as a group, so Kibbee wanted to ensure that everyone involved in the shoot was operating with the best Covid prevention practices. “It’s definitely an interesting time to shoot a music video. We opted for a skeleton crew and made sure to maintain social distancing between and even during takes. I asked that everyone wear masks and get tested,” explains Kibbee. “I was so grateful that everyone was on the same page as far as keeping everyone safe and healthy while getting the job done with such a minimal crew.”

Zachary Kibbee is a rock artist born and raised in Los Angeles. Music took over his life at the age of 14 when he swapped out a baseball bat for a bass guitar. His immense love for blues and rock and influence from bands such as the Red Hot Chili Peppers, The Black Keys, and Led Zeppelin has crafted his unique, riveting musical style. His songs have been heavily licensed for commercials including Victoria’s Secret, Volkswagen, Microsoft, and Uber Eats, and for film/TV like Ray Donovan, Daredevil, Lucifer, Shameless, Just Mercy and more. Kibbee has toured the world several times over, sharing the stage with bands like Social Distortion, CKY, Eagles of Death Metal, and more. He is endorsed by Coffin Cases, GHS Strings, PigHog Cables, Reunion Blues Gig Bags, and Rockin’ Roller Carts.

The video for “Somewhere To Put My Gold” is jam-packed with energy and swagger, paired with a forceful, contemporary bluesy rock beat. Watch it now on YouTube and stream Life in Low Fidelity on digital music providers worldwide. To keep up with Zachary Kibbee’s journey, visit ZacharyKibbee.com