It’s really exciting and encouraging that more authors are wanting to include transgender, non-binary, and gender non-conforming characters in their books. I know they may not always hit the marks, and I think we can talk about that and how to do better. So today, I want to discuss writing non-binary characters.

First, I’m speaking as someone who is an “enby” (non-binary = N.B. = enby). It’s the word I use for myself because I haven’t found one to describe my gender that I like better. I’ll get to that in a sec.

Second, what the heck is an enby, anyway? Most folks are familiar with men and women, whether they are transgender or cisgender (i.e., not trans). Those are the binary (two) genders most of (western) culture is built on. People who are non-binary are neither of those.

There are a lot of ways people can describe their non-binary gender, and a ton of words people use: gender fluid, agender, bigender, genderqueer, demiboy/demigirl, etc. (A quick internet search will yield more words than I can list here.)

I love to read about non-binary people in books, but it can be frustrating to find ones which capture any of our lived experiences. A lot of authors make the mistake of thinking we’re interchangeable with flamboyant gay men or butch lesbians. That not only misgenders us (ignores our gender in favor of what we were “assigned” by doctors/parents), it also assumes things about the gender identity of femmes and butches.

It really helps if you can understand something about the concept of “passing.” That’s a word people use when they mean “you look just like the gender opposite of what you were designated based on genitals, and we can’t tell the difference.” There’s a kind of “passing” for non-binary people, too. We’re expected to look either like the aforementioned flamboyant gay men or butch lesbians, or we’re supposed to appear so androgynous no one could tell what we’re “supposed to” be.

The truth is, that isn’t reality. It’s true some of the time, but not most. A whole lot of us don’t “pass,” and many of us don’t want to! There’s no right way to “look” or “act” non-binary because it’s about our sense of self, not how others see us.

The thing is, a lot of people who are not non-binary aren’t aware of what it’s like because they’re very sure of their own male or female identity and can’t imagine being both or neither. (Whereas most of us, because of the way society works, can more easily imagine being exclusively male or female.) That can result in a whole lot of misunderstandings about what it feels like to live between genders.

There are experiences we share with other transgender folks, but many which are uniquely our own. We’re often presumed to be gay, whether we are or not. Both our gender and sexuality can be called into question as fake—not just that we’re lying about our gender but that it doesn’t exist at all outside of Tumblr (despite what science says). Sometimes we’re accused of appropriating transgender struggles, even though we may have some of the same problems (like feeling unsafe no matter which bathroom we use, or not having the freedom to use the appropriate bathroom). Misgendering (people assuming they “know what we are” by our clothes or hair or body shape) happens all the time, and we constantly have to correct pronouns. This is especially true when we use neutral pronouns. People tell us “singular they isn’t correct” or they roll their eyes at ze and hir.

Sometimes, we get reduced to “men who wish they had boobs” and “women who wish they had dicks.” While many of us may have some of those feelings, or feel those things some of the time, that’s a simplistic view. A whole lot of us like our bodies and never feel any need to change them. Others actually do use hormones, prosthetics, binders, and surgery to feel most at home in our bodies. Clothing may be important in expressing ourselves, or it may not. We may combine any or all of those things in order to feel comfortable in who we are.

Some of us are not out publicly. We may have told those closest to us, but we may be uncomfortable being out everywhere. Or it may not be safe for us due to our jobs or other factors. The idea that every non-binary person is overtly messing with gender norms isn’t realistic and comes across as wanting everyone to be obvious about their identity so you can “tell.”

Another thing to keep in mind is that our sexuality spans exactly the same spectrum as everyone else’s. There’s a tendency to see non-binary people with penises as “ideal sex objects”—unwrap the pretty packaging to find a sexy surprise. That’s a function of sexualizing trans women, and it’s completely inappropriate. On the flip side, a lot of people see non-binary folks with vaginas as desexualized. Remember “It’s Pat” from Saturday Night Live? There’s this view of us as slightly nerdy, pudgy, and non-sexual. That’s a two-dimensional view of us. Regardless of what’s in our pants, we can—and d0—enjoy love and sex with people of a wide variety of genders (including other non-binary folks). We can also be asexual and/or aromantic. Neither being sexual nor being asexual are inherent to our gender.

So how do you capture some of that in a story? Here are some quick do’s and don’ts:

This is not an exhaustive list, of course, and it’s not meant to capture everything about being non-binary. But hopefully it’ll give you a start, and we can see more authentic representation in our books.

Like Loading...
Previous articleUnder the Gun 1&2 by BLMorticia are Available Now on KU!
Next articleWounded Pride by Remmy Duchene and BL Morticia releases TODAY! 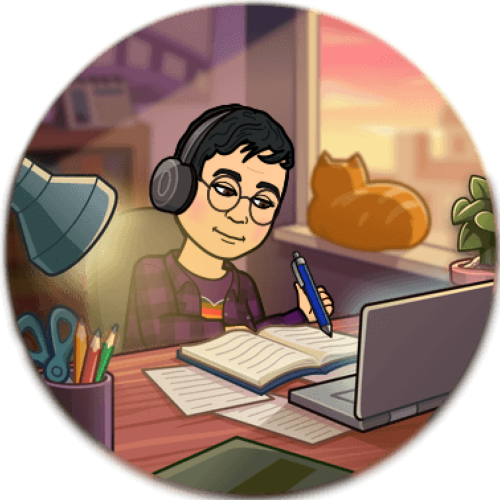 Fascinating Cultural Traditions Around the World

Gender Expression and Performance in Fiction

I love that we're beginning to see a lot...

Happy 2017, and an introduction

Hey there, readers! One of the cool things I...

What To Consider During Home Remodeling Projects

Before committing to any plans, be aware of what to consider during home remodeling projects. Make sure your plans are attainable and safe for construction.