by Guest Writer
in Guest Posts
Reading Time: 4 mins read
A A
1

Among Australian writers, this tends to be a topic of great importance. It’s a fact that in the romance industry, the majority of the audience for English-language books is in North America. That’s not because of preferences or buying habits, but purely numbers.

The issue for Aussie writers is that many non-Aussies aren’t familiar with our idioms and slang, to the point that some authors have received negative reviews and/or feedback because the reader didn’t understand a certain word. I have mixed feelings on this. While it’s important to make a book accessible to as many readers as possible, I believe that as long as you can get the gist based on the rest of the sentence or paragraph, using a less common word is okay. When I experience this as a reader, I actually see it as a great opportunity to learn something new. I’m a total word nerd, and spend a lot of time with the dictionary and Google.

But I’ve digressed a little. What I want to focus on is how to write an Australian character without totally losing your audience.

It’s not as hard as you might think, really. For starters, I can tell you that many of the words the world thinks that Aussies use in every conversation—gleaned from Crocodile Dundee and the late, great Steve Irwin—many of us have used less than a dozen times in our entire lives.

The real issue arises from everyday words like “trolley” (shopping cart), “thongs” (flip-flops), or “uni” (short for university—I’ve never heard an Aussie refer to it as “college”). We also tend to use “mate” more than, for example, “dude” or “bro,” although I am guilty of saying “dude” pretty often.

Most slang confusion can be avoided by using the proper word, but when the proper word differs from what the rest of the world uses, an author needs to make the decision about whether to stay true to the character or not.

Sometimes it’s an easy fix. In my latest book, The Bunny and The Billionaire, my Aussie character, Ben, is traveling around Europe. Any language barrier he encounters can be explained in the story, often with a laugh, because the other characters aren’t expected to know what he’s talking about. But for books set in Australia, where all the characters are Australian, it’s not that easy. Everyone uses the same words, so no explanation is necessary on-page. In a lot of cases, authors who release their books through publishing houses experience pitched battles for the right to keep certain words, and often it comes down to negotiation and rewriting of sentences to give the reader as much context as possible—even if that then looks over-explained and clumsy.

The Bunny and The Billionaire 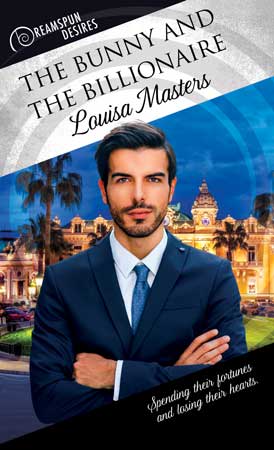 Spending their fortunes and losing their hearts.

Hardworking Australian nurse Ben Adams inherits a substantial sum and decides to tour Europe. In Monaco, the home of glamour and the idle rich, he meets French billionaire playboy Léo Artois. After getting off on the wrong foot—as happens when one accuses a stranger of being part of the Albanian mafia—their attraction blazes. Léo, born to the top tier of society, has never known limits, and Ben, used to budgeting every cent, finds it difficult to adjust to not only Léo’s world, but also the changes wealth brings to his own life.

As they make allowances for each other’s foibles, Ben gradually appreciates the finer things, and Léo widens his perspective. They both know one thing: this is not a typical holiday romance and they’re not ready to say goodbye. 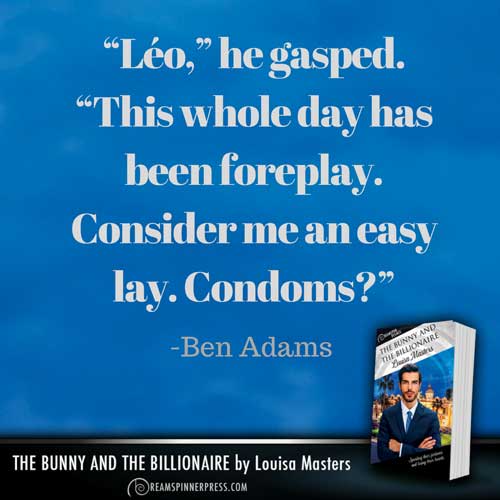 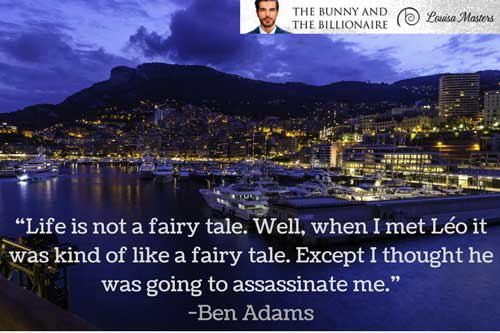 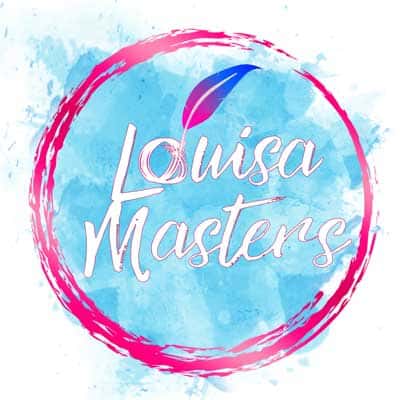 Louisa Masters started reading romance much earlier than her mother thought she should. While other teenagers were sneaking out of the house, Louisa was sneaking romance novels in and working out how to read them without being discovered. She’s spent most of her life feeling sorry for people who don’t read, convinced that books are the solution to every problem. As an adult, she feeds her addiction in every spare second, only occasionally tearing herself away to do things like answer the phone and pay bills. She spent years trying to build a “sensible” career, working in bookstores, recruitment, resource management, administration, and as a travel agent, before finally conceding defeat and devoting herself to the world of romance novels.

Louisa has a long list of places first discovered in books that she wants to visit, and every so often she overcomes her loathing of jet lag and takes a trip that charges her imagination. She lives in Melbourne, Australia, where she whines about the weather for most of the year while secretly admitting she’ll probably never move.