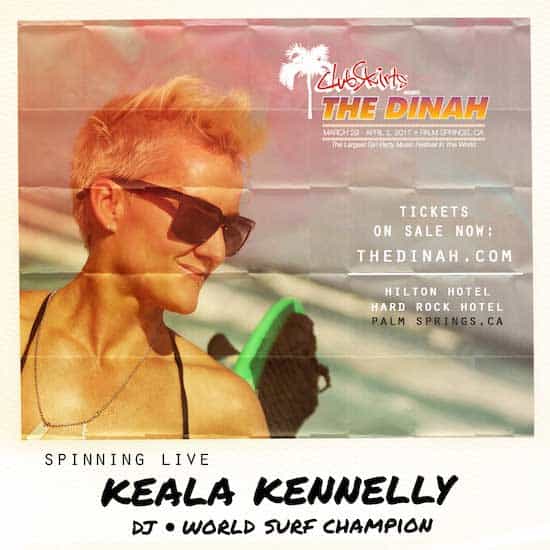 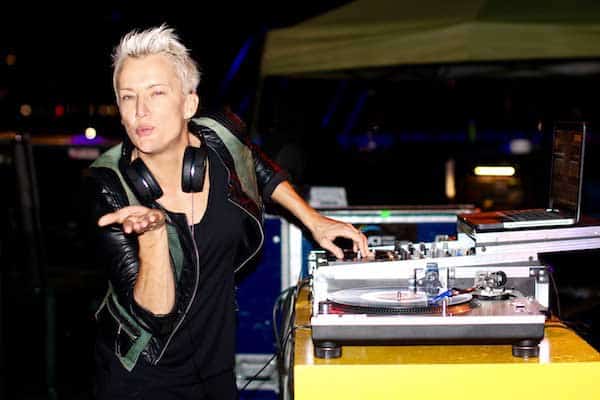 Kennelly not only made a big splash playing herself in the 90s cult movie “Blue Crush” but also made history for female surfing winning the first women’s big wave contest at the Nelscott Big Wave Classic in 2010.

The out talent is joining the list of top Dinah DJ tastemakers known for some of the country’s hottest parties who will  spin the decks and keep the beat and event going.

Her win opened the door for more female big wave surfing competitions. Later that year, community icon, Kennelly had a tow-in at Puerto Escondido that is considered to be arguably the best barrel by a female to date.

She was named the 2002 Female Surfer of the Year by ESPN and in 2013 was inducted into the Surfing Walk of Fame as the Woman of the Year.

After spending a decade ranked in the top 10 on the ASP World Championship Tour, she took a break to pursue careers as a DJ.

Over the last decade she has played internationally at venues in Australia, France, South Africa, England, Spain as well as domestically in Honolulu, LA, NY, San Francisco, and San Diego. Most notably opening for Snoop Dog at Rain Night Club at the Palms in Las Vegas.

Catch her behind the turntables at the Dinah!

To purchase tickets go to: www.TheDinah.com

Like Loading...
Previous articleBlazing Trails with Hirah Blaze by BL Morticia Bisexual Romance
Next articleOne Night With You by Megan Slayer