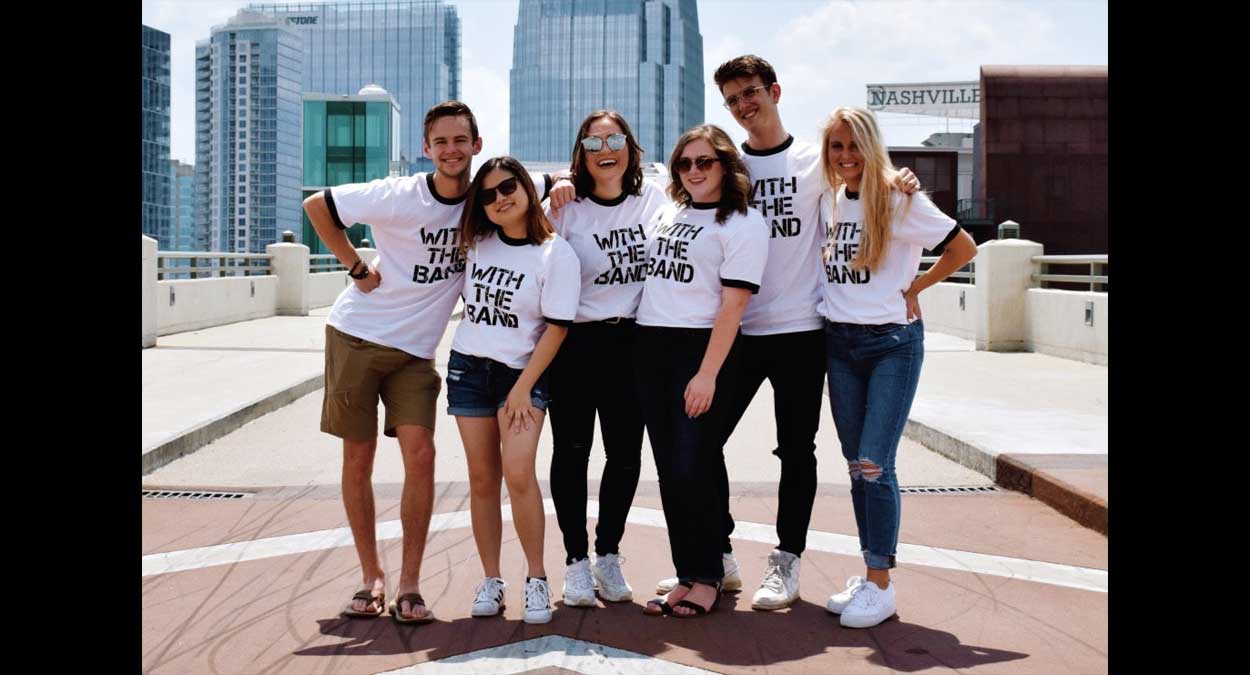 Fan clubs have existed for decades and have brought many fans together to form meaningful connections. They are an amazing way to promote creativity and community. In Nashville, Tennessee, a student from Belmont University named Sarah Beth Perry had an idea in her dorm room to create a fan engagement platform in order to bring people together in support of their favorite artists. Her company, With the Band, has since then grown exponentially and not only supports the fans who are involved, but benefits the artists as well.

When Perry first had the idea for With the Band, she mentioned, “I remember seeing fans congregate at different places in the city, and I thought it was a missed opportunity for the bands not to be involved. Then, I ended up going to college at Belmont, and that was where I learned that there were more jobs in the music industry besides just being an artist or working at a label. I remember making the realization that someone in the music industry had to be working with the fans. This was when I realized exactly what I wanted to do. I ended up researching for a year and toyed around with the idea of what a perfect fan engagement company would look like. After researching, I participated in the Belmont business plan competition and ended up winning money to start the company. I continued to do pitch competitions and meet with industry professionals to validate my business idea. All of this started because I wanted to help fans meet friends and make better communities through their love of music. I have met so many of my best friends through music, and I would love to help other fans do the same.”

The company has flourished since she had that idea and With the Band has been able to bring fans together to form a community in support of their favorite artists. Fans have been able to participate in activities where they are matched with another fan of a major artist and some people who were paired together have been friends for years.

At the Kacey Musgraves Oh What a World II tour in 2019, With the Band once again created a beautiful surprise by placing colored pieces of paper on all of the seats at the arena that were in the formation of a rainbow. When Kacey sang her song “Rainbow” at the concert, 20,000 fans held up their piece of paper in the air with their flashlights behind them. When Kacey looked around, the entire stadium was a giant rainbow!

With these projects and fans from all over the world coming together to share a common interest in their favorite artists, the team at With the Band are thrilled to see their dreams coming into fruition. Emily Hume, Manager of Operations says, “I’ve always been interested in music, and I started going to concerts when I was 8 years old. Seeing the passion that those fans had was truly incredible. Music has the power to bring us all together and create community, but after a live show ends, everyone goes their separate ways. When I met Sarah Beth and she introduced me to the concept of With the Band, it seemed like an obvious winner. Fans being able to stay connected 24/7 to share their love of an artist, while also having community with one another – this was a dream for me. To have another person recognize the power that fans have, it was immediately something I wanted to be a part of!”

With the company’s new creation of “Fan Crews,” artists are able to interact with the fan community at With the Band and allow these fans to gain exclusive content. This feature is constantly growing as well, and there will be many more artists with fan crews in the future! We are so excited to see what else With the Band will accomplish and the many more connections that fans will be able to form.

With the Band is a fan engagement platform based out of Nashville, TN that helps fans and artists feel a part of something bigger than themselves. We have created many projects for artists such as the Jonas Brothers and Kacey Musgraves. At our company, fans are able to connect with one another and engage with the artists they admire. Follow us at @withthebandvip on Instagram and Twitter!