Into The Wolf's Mind

What Do You Think Of When You Feel Your Life is Ending? by J.M. Wolf 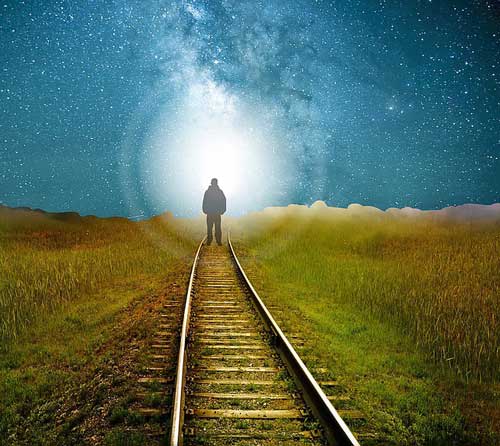 A lot of things would probably go through your mind when you feel like you’re going to take your last breath. But what about when you manage to escape it with just your fingernails? What if you got so sick, and that if you didn’t get the help you needed at that moment, you might not have survived? What would you think of then? Naturally, you would first feel lucky, relieved or blessed. But what else would come to your mind?

I’ve been suffering from severe stomach pains for about four to five years, but I always ignored it and let it pass. There was a moment where I did go to the hospital, and they told me the problem was my stomach acids burning holes in my system. So naturally, every time my stomach started aching, I thought it was my stomach acids again. I would take pain medication, and that was that.

Almost three weeks ago, the pain returned. I was suffering from a cold, and my stomach started hurting. I did my usual thing, which was Nyquil for my cold, and pain meds for my stomach. A week later, the same problem. This time, the medication wasn’t helping, and the pain was growing.

I’ve never been one to like hospitals. If I could avoid them, I would. I always said I would only go if I’m dead, or I’m in such bad shape that the decision is out of my hands. I swallowed my pride and went to a different hospital than the went I previously went.

The nurses did their usual routine of testing my blood to see if anything would come up. In the beginning, they told me that it maybe my ulcer, because of the location of the pain. So I could just have Ulcer Gastritis. A few minutes later, my doctor came to me and said that he would need to run a CAT scan on me because my blood activity was abnormal.

I started to panic. I always considered myself healthy. I never needed to go to the hospital growing up for any major illness. I expected the blood work, but I didn’t expect the full body scan. So they scanned me. I waited patiently.

The doctor returned with some not so good news. The first thing he said was that it wasn’t my ulcers causing the pain. It was my gallbladder. My gallbladder was infected, and I needed to stay in the hospital because I was going to need surgery.

I was utterly terrified. Again, I never needed to go to a hospital for an illness before. I also never had surgery before. So for a doctor to tell me that he was going to have to cut me open, I was freaking out. I cried. I panicked. I called my husband and told him about the surgery. He rushed to the hospital and held me as I cried my eyes out.

I met the surgeon who was going to operate on me. He told me what my options were. He said I could avoid the surgery altogether by injecting some IV and antibiotics in me to stop the pain, but it could always return, or I have the option of going through with him taking out my gallbladder. The first option sounded very appealing, but logically, I went with option two.

The day of my surgery, five nurses were with the surgeon. I signed all the necessary forms, I talked with all the nurses, and the last thing I remembered before blacking out was them putting the oxygen mask on my face. When I awoke, the operation had just ended. I was in excruciating pain, and my throat felt scratchy. They cut through my naval to pull out my gallbladder. It was done.

You would think okay, now that it’s over I had nothing to worry out. After all, it was just a simple surgery. You would think that was the end of it, but the news I got afterward was why I chose to write this article. The next day, my surgeon came to visit me in my hospital room. He wanted to check on how I was feeling and to tell me some scary news.

First of all, the condition of my gallbladder was a disaster. According to him, it looked like it had been infected for years, and it was starting to liquefy. My gallbladder was on the borderline of busting which would have caused appendicitis. My gall stones were already targeting my liver, which caused its activity to skyrocket. Also, if I hadn’t gone to the hospital when I did, the situation would have been life threatening, and I probably would have died.

It felt like my whole world was turned upside down. At 24 years of age, you learn to expect the unexpected. But you still would never expect to hear that you almost died. Don’t get me wrong. I did feel like I dodged a huge bullet and I was blessed that I got help on time. But then I started thinking of other things.

First off, how could my gallbladder have gotten so sick in the first place? I was upset with myself because I had the pain for years, but I always ignored it. I never took it seriously. If I still ignored it the night I got help, would I even be alive now? I was upset because I felt like I wasn’t taking care of myself. I was pissed at the other hospital for telling me it was my stomach acids before. I told my surgeon about that night, and he said it was more than the likely the infection in my gallbladder.

Even though I was scared of the what ifs and what I wouldn’t have been able to do, I was, and still am, blessed not to know the answers would be to those what ifs. Because I’m alive, and I’m healthy again.

To wrap up this article, I have a special request for all my readers, followers, and even my publishers. If you feel unusually ill, or have experienced sudden or repeated pains, please get yourself checked out. Even if the doctors tell you it’s nothing to worry about or it’s nothing extreme, at least you’ll fully know you will be okay. Do not wait until the last minute to see a doctor like I did. We only have one life to live. Do your best to take care of yourself and to stay healthy. Do it as a favor from me.

Also, in case you were wondering, the recovery period was a struggle. I could barely walk or breath for a little over a week, and I had to grip a pillow over my stomach just to sit up or down or lay in bed. But now I’m good as new. The only downside is that my appetite has dropped significantly and I probably won’t be drinking soda anymore (I’ll miss you Mountain Dew and Cheerwine). Special thanks to all my friends and family who have been praying for me through the days I was in the hospital. I love you all.

J.M. Wolf is an author full of deep thoughts for stories and the world, and a vast imagination to go with it. His stories have let him tap into mythology and legends and form it into his world. His dark obsession with love, romance, and passion is finally being used and shared with the world within every word he writes. When he's not writing, J.M. works as a Pharmacy Technician helping those who need their medications. J.M is currently living in Chesapeake, VA with his husband and working on his debut book to be published hopefully real soon.

Virginia, my home for LGBT By J.M. Wolf

A special look “Into The Wolf’s Mind”