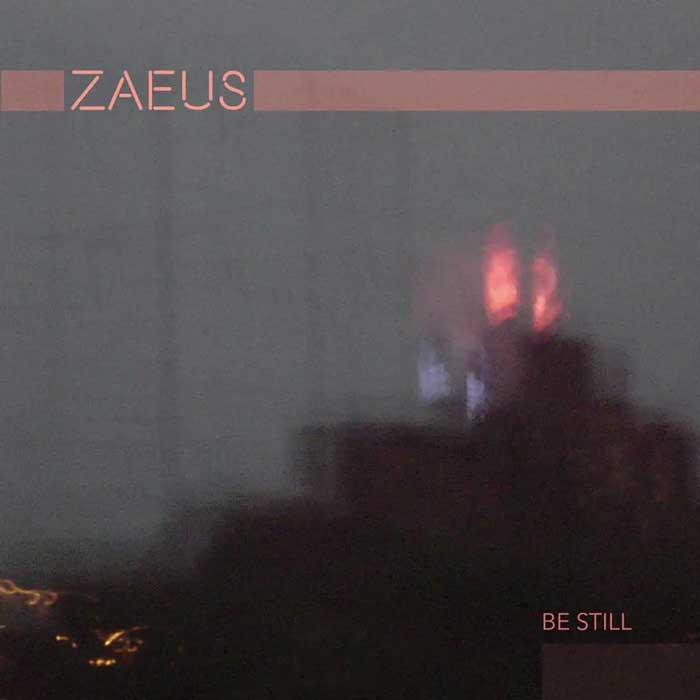 Have you ever walked into a store, a coffee shop, or a friend’s house and heard a new groove playing in the background that you immediately gravitate to? There’s something familiar, yet different, and it strikes a chord inside you that is hard to describe. Welcome to the “Electroanalogue” sound of Zaeus, a Washington D.C. based music collaboration that you didn’t know you were missing.

Listen to “In Flames” now:

“In Flames” is the first single from Be Still, the debut album from Zaeus, which focuses on a life journey and the themes many of us share: romance, anger, addiction, passion, survival, and spirituality. The  sound is heavily Rhodes keyboard based, chillout – electronica – downtempo with an emphasis on songwriting and musicianship. The self-produced album is a collaboration over the wires. It was created with input from respected fellow musicians, family, and friends collaborating from around the world, including the U.S., Italy, South Africa, Indonesia, and South America.

As a musician, Zaeus has been playing piano since he was 5. This later led to stints with two L.A. bands – a soul/funk outfit that found a following through airplay on KCRW, and a hip-hop group that charted multiple tracks on top music sites. Zaeus also contributed music to an Emmy award-winning TV show and a film soundtrack.

Zaeus uses a wide variety of sounds including analog and digital sonics to create songs around themes. Snippets of progressions and improv meld into an unconventional song structure using his core instruments, a 1980 Rhodes Fifty-Four and a 1982 Juno-60.

On the new album, Zaeus collaborated with former bandmates, international musicians, and members of his own family.

Stay tuned for a video for “In Flames”, and more singles leading into the Be Still album release on May 7th.

For more on Zaeus, visit: