Electronic alt rock band VISTA have released an acoustic version of their 2018 single “Born For Blood,” available on YouTube now. The single, released in September 2018, is VISTA’s most recently released track.

An electronically-tinged alternative rock band, NY-based outfit VISTA originally formed in late 2015. Comprised of lead vocalist Hope Vista and guitarist Greg Almeida, the band combines both modern alternative rock and electronic influences to create their unique anthemic sound. VISTA released their debut 4-track EP “VERSUS” shortly after their original inception, in which their debut single “On The Brink” debuted worldwide on idobi radio. Their name hasn’t been shy in the press, since; the band has garnered praise from outlets such as Alternative Press, Rock Sound, Substream, and AXS.

Throughout 2017, VISTA has supported Fueled By Ramen artist Against The Current at Irving Plaza, gained idobi rotation with their single “Henchmen,” an anti-oppression anthem, and completed two headlining tours. Their most recent 7-track EP, “Long Live,” released in July 2017, centralizes around the theme of finding an oasis in a dystopian society. “Long Live” immediately made its’ way onto three different iTunes charts and sparked the completion of two US tours, in August and November, respectively. Most recently in 2018, VISTA released 2 singles “Witch Hunt” and “Born For Blood,” both produced by ZK Productions), completed their third US tour “The Bloodlust Tour,” played a date of the Vans Warped Tour, and played multiple support dates with Set It Off. “Witch Hunt” premiered worldwide on idobi radio, quickly garnering 130,000 Spotify streams, and earned video rotation in Journeys’ stores nationwide.

You can catch VISTA on the “On The Hunt Tour: Part II” this April, with support from Pollyanna. All dates can be viewed below. Tickets will be available at www.vistaband.co/tour. 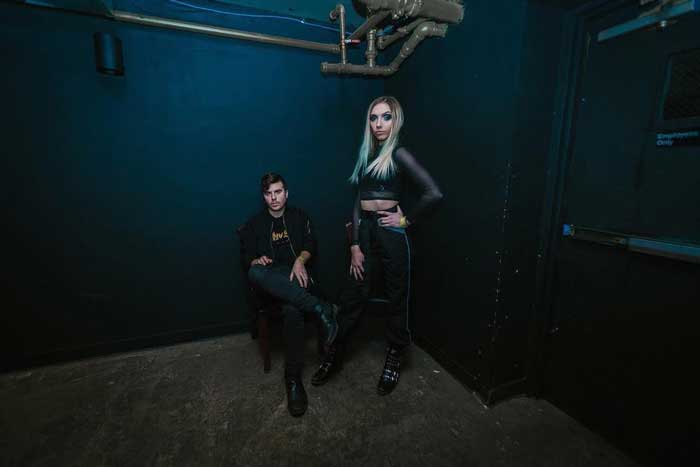