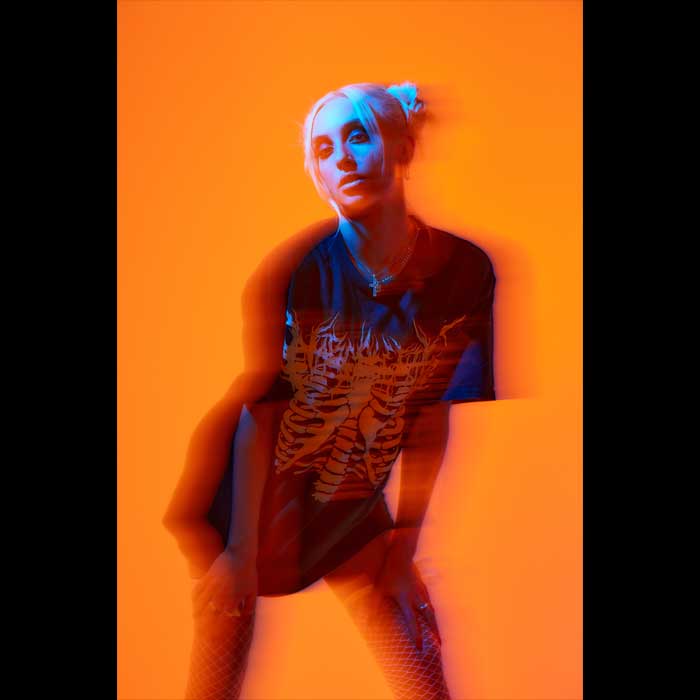 Returning with her first offering of the year, North London’s rising star Laurel Smith is ready to reveal her anticipated new single, ‘Out the Cage’ accompanied by an action packed and thrilling cinematic style music video directed by Jeremie Brivet and Jai Garcha.

Sticking to her winning recipe of moody, dark, electro-pop production paired with effortlessly edgy tales of narrative lyricism, ‘Out the Cage’ is the next huge single from the young, innovative artist that is sure to follow the same trajectory of success as its predecessor, ‘Game Over’ released late last year.

A songwriter and recording artist, Laurel Smith has been writing songs since the age of sixteen. With each single she’s released, Laurel has continued to adapt her sound and aesthetic, consistently honing her craft and evolving her brand. She has carefully carved out her place in an ever crowded industry and proceeds to turn heads at every corner.

A purveyor of the dark, electro-pop sound, Laurel Smith’s music expertly blends underground trap beats with smooth R&B melodies and catchy, pop-style lyrics in order to create the distinctively hazy, moody-pop vibe that she’s come to be known for. Inspired by bad-ass female artists ranging from Lana Del Ray to Ashnikko, Smiths music is intentionally provocative, drawing you into her surreal world of video games and old Hollywood glamour in which she is the main protagonist. Her art doesn’t cease at her music capabilities and it’s becoming ever clearer, Laurel’s imagination and creativity knows no bounds.