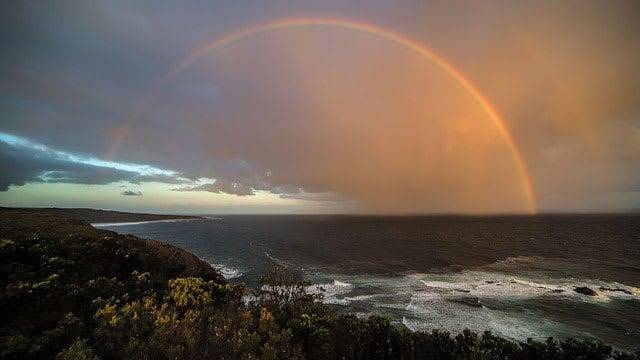 Travel Tips If You Decide To Go To Australia

Traveling to Australia undoubtedly means experiencing an adventure, so it’s no wonder almost everybody dreams of visiting this exotic country, especially its Outback which earned an important place in cinema.

To find yourself going Down Under will definitely fill you with immense excitement and you can easily get carried away, staring at koalas and kangaroos for the first time or hypnotized by the pristine waters and the summer sun which pours down like honeyBesides the fact that it can be pretty difficult to decide where you want to go and what you want to see first, there are also other essential elements when it comes to planning your trip and getting around. Although the reality of this country is far from its horror films, you still need to know what you’ll be dealing with. The reason is simple – visiting any country for the first time could produce some confusion and even embarrassment, especially if it’s a unique one like Oz. Since you’re probably too excited to conduct proper research, we’ve done it for you.

Time Flies (and needs to be earned)

Going to Australia as a tourist means you are required to obtain a visa, but that is not complicated at all. You can get an Electronic Travel Authority visa (ETA) which is, as the name suggests, an online application and a confirmation email that arrives pretty quickly, usually within a few days.  And you even don’t need to print anything out – simply appear at the airport and they’ll find you on a computer with your passport. This option is available to passport holders of 34 countries so you’ll probably have a green light, but be sure to check it on time. It will cost you a symbolic amount of about 18 bucks and allow you to stay up to three months, during which you can study, but not work.

But you’ll soon realize that time flies with so many sights to see and maybe three months won’t be enough. That’s why the other quite popular option, especially among the backpackers, is to obtain a working holiday visa which will enable you to travel around for 12 months, with an opportunity of casual employment that will bring some extra cash. Keep in mind that you’ll be able to work for one employer for a maximum of six months and that this option is only for those between 18 and 30 years of age. If this period still turns out too short for your curiosity, you can obtain an additional 12 months with a Temporary Resident Visa Australia, but only if you’ve worked in regional Australia for a minimum of 3 months as a seasonal worker.

The pretty big chance that time will fly is backed up by the fact that Australia is huge. Most people are aware that this country is big, but it’s almost certain it will be much bigger than you’ve imagined. It consists of 7 territories/states – South Australia, Western Australia, New South Wales, Northern Territory, Tasmania, Queensland, and Victoria. The most popular cities for first-time visitors are Sydney, Perth, Brisbane, Melbourne, Cairns, and Adelaide. If you want to go from Brisbane to do some traditional shopping in Perth you’re gonna need to jump on a plane for three hours, or it’s a three days ride.

This might push you towards the decision to stick only to one state, but that would be a shame. You should at least take a trip along with one of the coasts. If you’re a born backpacker then the East Coast between Cairns and Sydney will be the perfect pick, providing numerous great activities along the way such as sailing and snorkeling. If you’re more a laid-back type the East Coast might be more tempting with its stunning scenery, wine tastings, camel rides, and swimming with whale sharks.

With so many fantastic activities spread across the whole country, you might consider renting different accommodation as you go, but this would be a mistake. And the reason is simple – you might think that you’ve found a perfect luxurious place for only 750 bucks, but when you look closer you’ll realize that rentals price is for a week! That’s why it’s highly recommendable to take your pick from cost-effective furnished studio apartments and set your anchor there.  Their internet can be incredibly slow and equally expensive, so finding the right accommodation is also important if you want to remain connected without carrying a hotspot everywhere with you.

Of course, this means you won’t be able to jump from one part of the country to the other like crazy, but that’s not a point. You should simply think of the activities you want to do and choose your destinations accordingly. Whatever your top activities are – surfing, sightseeing, adrenaline sports – they’ll certainly take you to places equally interesting.

If you want a full experience, you’ll have to fit in. The best places to meet people and connect with them are the BBQ get-around which can take place at a house, but also at the beach or at the park. Keep in mind that an invitation means you need to bring something. It can be some meat, dessert, or a bottle of wine, but never turn up empty-handed.

Although Australians speak English, they have so many of their slang words that it is actually Australian English you’ll have to learn a bit.

When you hang out in pubs keep in mind that they’re one of the world’s major nations when it comes to producing quality wine and beer, so it’s always good to go with the local booze in their company. That won’t be so hard to do since most of it is really good. These might be a bit more expensive, but Australians usually don’t tip due to the fact that the minimum working wage is a lot higher and all service charges are included in the bill.

They love their booze like a religion, but they hate smoking with equal dedication. That doesn’t mean you’ll have to go through a crisis but be warned that cigarettes don’t come cheap. Even if you do have a large smoking budget, your addiction may wear off a bit as soon as you lay eyes on the pictures on their packets, which are pretty gruesome.

One thing in which you don’t have to follow their example is sun protection. Summer is pretty different in each Australian city, but their sun is pretty harsh. If you want to soak up its rays and get a tan you should literary smother yourself in sunscreen.  Their ozone layer is thicker and the sun rays can be very harmful to your skin – they can produce sunburns that could last for weeks with the potential to blister. If you have some health emergency remember to call triple zero (000) – their ambulance, fire, and police department are all at the same number.

So the first thing is to make sure you’ll be able to stay as long as you want and the sights you’ll encounter there will definitely make you prolong your stay. Then find an accommodation anchor and plan your route based on the activities you’re looking for. And after you jump into the role of regular Aussie, you’ll definitely experience an adventure that will surpass even the imagination of Sir Peter Jackson.

Emily is a business psychologist with a passion for traveling. Researching, exploring and writing are her favorite things to do. Besides that, she loves animals and music.

Maybe It’s Time To Try Something New – A Boat Rental