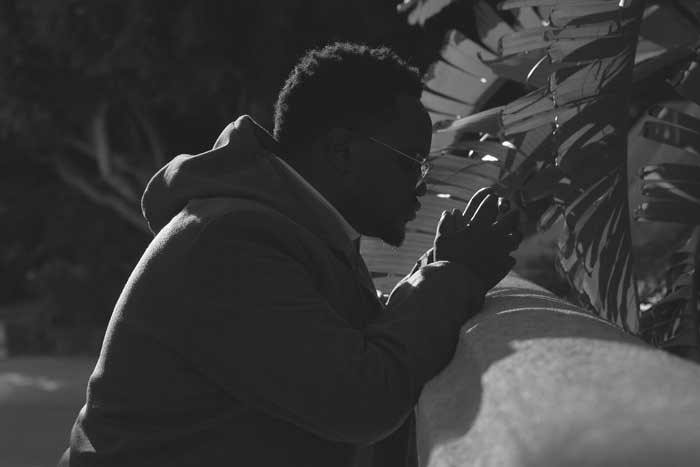 Toronto R&B artist and songwriter Emanuel shares his new single ‘Black Woman’ – a moving, celebratory ode to the resilience of Black women. In a time of reckoning and racial injustice, the song offers what Emanuel hopes all of his music can inspire: healing and self-growth.

‘Black Woman’ is about reconciliation and also celebration – celebrating how strong our women are and how they hold us up,” says Emanuel. “People might think this song was written as a response to the moment right now but it’s saying the exact same thing it was saying when it was written a year ago – ‘I see you, I recognize you, I appreciate you and I love you’.”

‘Black Woman’ was written over a year ago while Emanuel was working on his debut album in the Cayman Islands. In the days leading up to the night that he would write the song, he was reflecting on Black history and the gratitude he was feeling for being blessed to be in such a beautiful place. Having watched the 1971 conversation between James Baldwin and Nikki Giovanni, Emanuel was evaluating his relationships with the Black women in his life. After three days of focused creative intention to write an impactful song, inspiration struck in a divine moment one night when he heard the chord progression his producer was repeating. Suddenly, Emanuel’s feelings, memories, and self-reflections came pouring out as he sang the first lines of “Black Woman”: Cocoa butter kisses, wipe my tears away…

“I walked in hearing these chords and it literally just hit me – it was like I was seeing a music video in my head – and I just started singing about my mom,” Emanuel says. “But the feeling at the pit of my stomach was more weighty. We had been having a conversation about civil rights history and Black history and we were talking about subjects that hold a lot of weight in our lives, so I felt like that definitely had a lot to do with grounding my mind and humbling me in a way where I was thinking about how blessed I was and thinking about how far there is still to go, just in general, when it comes to being someone of African descent. I had watched the video of a conversation between James Baldwin and Nikki Giovanni and there’s a very gritty question that they circle around when they talk about the relationship between the Black man and the Black woman and how does one support one another and what that looks like in a world filled with hurdles and glass ceilings and people really trying to break you down on both sides, so how do you balance out affection and love and real support. That definitely sparked my pondering of my relationship with the Black women in my life and on the relationship between Black men and Black women in general from my view. So in that way, that conversation directly informed the type of thinking that I was in. But in that moment, I heard those chords and just started singing and we got down the larger portion of the song just in that first freestyle. When I was hearing myself sing it, I felt like ‘This is powerful. This is speaking to me. This is how I want my music to speak to people.’ It was a really special moment.”

“The biggest message I would want to be received by this song is ‘Wake up and see the queens around you and see these beautiful women and the work that they do and stop hindering them,” says Emanuel. “On a personal level, for other black men who have active black women in their lives or who encounter black women in their life, I hope this song inspires them to take stock to see if they hold any negative filters when they view black women, to take stock of how black women are treated, and to really appreciate them for who they are. The message of ‘Black Woman’ is a display of love to try to wake people up.”