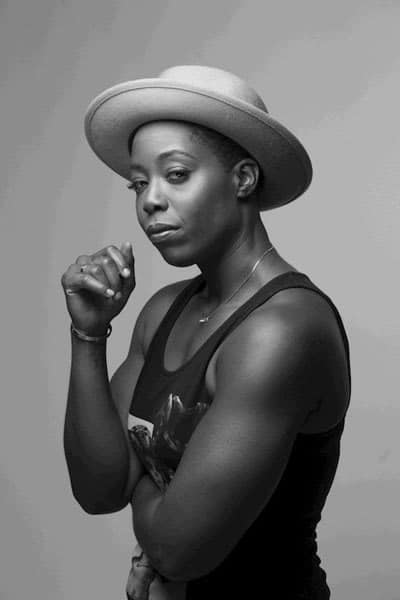 Tish Hyman is already a sought after songwriter, having penned records from Diddy to Kanye West.

Most recently she wrote Alicia Key’s Blended Family feat ASAP Rocky and was featured on Fabolous’ single You Made Me, Dom Kennedy’s 2Bad, and Rejji Snow’s Crooked Cops.

Tish premiered her first single, Subway Art, on The Fader to critical acclaim.  She was then invited to open for Jill Scott nationwide.  Tish later dropped her highly anticipated album, ‘Dedicated To:’ in late 2016. The lead single, Dreams feat. Ty Dolla $ and Fabolous premiered on Pitchfork.  She supported that album with an opening slot on BJ Chicago Kid’s tour and festival dates that included the Roots Picnic, Essence Festival and others. To date, the album has over 4 million streams on Spotify.

“Tish Hyman not only shares a striking vocal resemblance to the legendary Lauryn Hill, but [Tish’s] music is based in the same reality which won Ms. Hill the adoration of millions,” proclaims VH1 in a recent article.  A compliment that Tish receives often, but shies away from.

Tish is now readying to releasing her second project titled ‘The 17’ with a single dropping every month on, you guessed it, the 17th.  “I’m making you dance this year with this record” she proclaims, speaking of the up-tempo, bass heavy, catchy hook vibe that resonates throughout ‘The 17’.

We at The Dinah agree with Vibe Magazine’s summation: Tish Hyman’s mature content mixed with her strong and passionate vocals should be on your radar — if that’s not already the case. Her music does more than make you feel good — it speaks to your soul.

Tish Hyman is set to perform at the Dinah on Saturday, April 1st.

To purchase tickets go to: www.thedinah.com

How To Become a Successful YouTuber