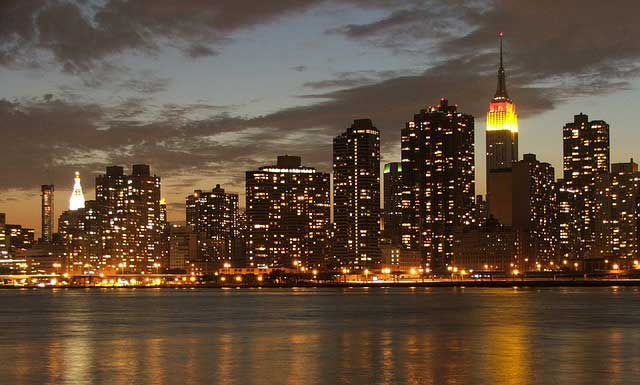 New York City is home to countless amazing neighborhoods, each delivering something different. If you want quaint brick-building-lined streets and boutiques, there’s the West Village. If you want a neighborhood with New York history at every turn, there’s Brooklyn Heights. If you want waterfront living that feels a million miles away from the city’s urban center, there’s Rockaway Beach. However, if you’re looking for the best of everything from entertainment to apartments, there’s one true standout among the bunch: Midtown. In fact, for decades, Midtown has remained one of New York’s most popular neighborhoods, and countless young professionals continue to flock to this central Manhattan neighborhood year after year. So, what’s so special about this charming enclave?

Great nightlife: If you like to play as hard as you work, there’s no better neighborhood to scratch that itch for nightlife than Midtown. From intimate lounges like Pocket Bar to movie-inspired Point Break NYC to rooftop lounges like Upstairs, you don’t have to look far to find some of the city’s most enjoyable nightlife when you call this neighborhood home.

Proximity to everything: Brooklyn may be the preferred borough for certain segments of the hipster crowd, but when it’s 2 AM and you’re trying to find a cab home from pretty much anywhere else in the city, you’re definitely better off with a Midtown address. Not only is Midtown one of the most easily-navigable neighborhoods in the city, it’s also one of the most accessible; in addition to the ready availability of taxis in the area, nearby transit hubs like Penn Station and Grand Central make traveling throughout the city—as well as to Long Island, New Jersey, and points north—a breeze.

Incredible culture: Upper Manhattan doesn’t have a monopoly on the city’s museums and cultural attractions. In fact, Midtown is a major hub for the arts, with the Onassis Cultural Center, the Paley Center for Media, Lever House, and The Art Students League of New York all calling the neighborhood home. The area is also home to music and performance venues like Terminal 5, Radio City Music Hall, and it’s just a stone’s throw from The Cutting Room and The Gramercy Theater, as well.

Amazing apartments: One of the major reasons Midtown is such a great place to call home? Because the neighborhood hasso many great places to call home within its borders. If you’re looking for sleek, modern, amenity-packed homes, the neighborhood is replete with them, like The Centrale, a sky-high 50th Street luxury tower designed by Pelli Clarke Pelli Architects with interiors from world-renowned designer Alexandra Champalimaud.

Terrific restaurants: If you’re a foodie, you’ll have your fill of great restaurants to try if you call Midtown home. The neighborhood is home to numerous Michelin-starred eateries, like Agern, Caviar Russe, Sushi Yasuda, Aquavit, and Sushi Ginza Onodera, as well as can’t miss-restaurants like Sichuan hotspot Land of Plenty, popular Mexican restaurant Empellon, or noodle bar Totto Ramen.

Before you start searching high and low for a perfect place to call home, set your sights on Midtown. From beautiful homes to amazing nightlife, there’s nothing you can’t find in this convenient, central Manhattan enclave.

Candice Schaffer is a young professional who resides in Manhattan. She absolutely loves to travel, meet new people and go on adventures. Candice has a passion for giving back and enjoys volunteer work and taking part in philanthropy in New York City.