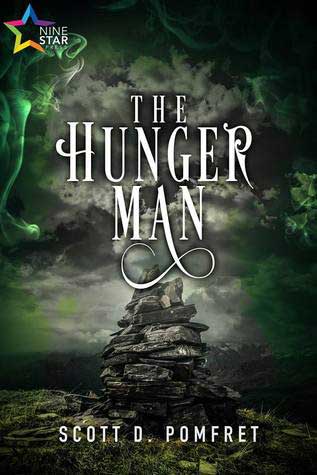 At the outset of the Great Irish Potato Famine of 1845-50, a family of Irish revolutionaries attacks a British food convoy and kidnaps a young English officer named Julian Hawke.

This first act of overt rebellion unleashes a series of events that both inextricably ties the O’Rahilly clan to Hawke and to the gay seanachie (storyteller) Ciaran Leath, but also seals their fates.

The only daughter, Muireann O’Rahilly, an aspiring physician, fails to resist the strong mutual attraction between her and Hawke.  Hawke tries to balance his love for Muireann and his growing love for Ireland with his duty to suppress the budding rebellion.  Ciaran Leath, who falls in love with both Julian Hawke as well as an angelic young tinker man, foresees both the coming famine and the disintegration of his adopted O’Rahilly clan, but finds himself unheard and powerless to protect them—or himself.  Encountering spirits of the dead and other bad portents, Ciaran Leath invokes his old benefactor, the ancient Faerie Fin Bheara, but in doing so learns something devastating about himself and of what he is capable.  When the O’Rahilly clan sets its sights on assassinating Queen Victoria, whom Hawke is sworn to protect, during her 1848 state visit to Cork, the stakes loom large for all involved, and the story turns inexorably toward a tragic end.

Against the backdrop of the terrible beauty and exquisite misery of southwestern Ireland during the famine years, this part-comic, part-romantic struggle against starvation, oppression, and one’s own worst impulses plots an epic arc from London and Dublin to Cork and New York City.  Magic, Faeries, haunts, spirits, legends, ancient kings, monsters, and lovers richly populate this clash between the British Crown and the Irish people, and there can only be one survivor.

The destinies of two families, the Irish O’Rahillys, and the English Hawkes, become irrevocably linked in Scott D. Pomfret’s sweeping, five-star epic, set against the background of the Great Irish Potato Famine (1845-52).

Mixing fact and fiction, mythology, magic, fable, and fairytale, The Hunger Man, or Fear Gorta, as he is called by the novel’s heroin, Muireann O’Rahilly seesaws between the bleak and the beautiful, the material and the metaphysical.

The breadth, depth, and scope of The Hunger Man would provide a daunting challenge for any author – but Scott D. Pomfret rose to the occasion brilliantly.

An old saying claims: “There are two sides to every story.” Pomfret shrewdly goes the old adage one better by giving us three sides to his story, by way of three primary narrators.

Muireann O’Rahilly, frequently referred to as Dochtuir, because she aspires to become a doctor, reports the Irish side of things, with the English perspective, is delivered through Julian Hawke, and then there is the magical, superstitious point of view, served up by Ciaran Leath, Muireann’s gay, adopted brother – a creature who is more sprite than substance.

Even better, Pomfret builds sympathy for all three perspectives, as well as pointing out the inherent flaws of the three disparate points of view.

As with most epics dramas, The Hunger Man’s heart, and soul is a love affair: this one between the beautiful, rebellious, Irish-woman Muireann O’Rahilly, and Julian Hawke, the young, dashing English officer – a patriot who consistently puts the Queen and country he serves before his heart’s desires.

As for the Great Irish Potato famine, Pomfret offers many questions for readers to ponder. Among them: Did the blight result from the Irish’s inability to grow enough food to sustain themselves, or was it the result of Ireland sending all of the good food produced on the Emerald Isle to Mother England? The author poses many powerful questions, but he does not offer answers – preferring each reader to come to his/her own conclusions.

Still, the Potato Famine is the two-ton elephant in this masterwork, bringing hunger, loss, misery, and death to every life, human, animal, and flora, that it touches.

The Hunger Man launches in 1845, after a family of Irish revolutionaries, the O’Rahillys, descends upon a British food convoy, taking prisoner a handsome giant of an English officer, Julian Hawke. This defiant act is the catalyst that unwittingly binds the fates of the O’Rahillys and the Hawkes.

From the moment Julian sees the beautiful Muireanne, the only woman in the O’Rahilly clan, he knows his attraction is wrong, but nothing can keep him away from her.

Similarly Muireann fails to distance herself from the handsome giant of a man who is, by accident of birth, her family, and her country’s, enemy.

Eventually their potent chemistry produces a son (Lorcan) for whom neither parent is prepared.

Ciaran Leath, the gay storyteller, who provides The Hunger Man’s magical approach, is also in love with Julian Hawke. But because he cannot have the daunting, heterosexual Englishman, he settles for a young tinker lad.

Pomfret stitches together historical facts, fiction, and Irish mythology so seamlessly that The Hunger Man sometimes reads more like historical nonfiction than a novel. With seeming effortlessness, he scrambles misery and ironic humor, death, and dreams, hope and despair, desire and repulsion into a luscious literary omelet.

Ironically The Hunger Man concludes not in Ireland or England, but in New Orleans, Louisiana. It seems that during The Emerald Isle’s Great Famine, the United States was busy with a little something called The Civil War. And Muireann ends her days, perhaps uneasily, in The Big Easy.

Romantics will most probably dislike the finale. There’s not a happily ever after in sight. But while romantics may shun Pomfret’s denoument, there’s no denying that he has given his characters and their stories the endings they demand and deserve.

If heavy homoerotic content is what you crave, then you must look elsewhere, perhaps to Pomfret’s formulaic pigskin pulp fiction, The Second Half.

But if your appetite is for epic drama in a time of famine, fairies, and fatalism, with doses of humor and irony, folded in for good measure, then you will greedily devour The Hunger Man.

Scott D. Pomfret is the author of Since My Last Confession: A Gay Catholic Memoir,The Second Half: A Gay American Football Novel, and dozens of short stories in literary and not-so-literary journals.  With his longtime partner Scott Whittier, he is coauthor of the Romentics series of gay romance novels and the Q Guide to Wine and Cocktails.  Scott and Scott reside in Boston and Provincetown, Massachusetts.