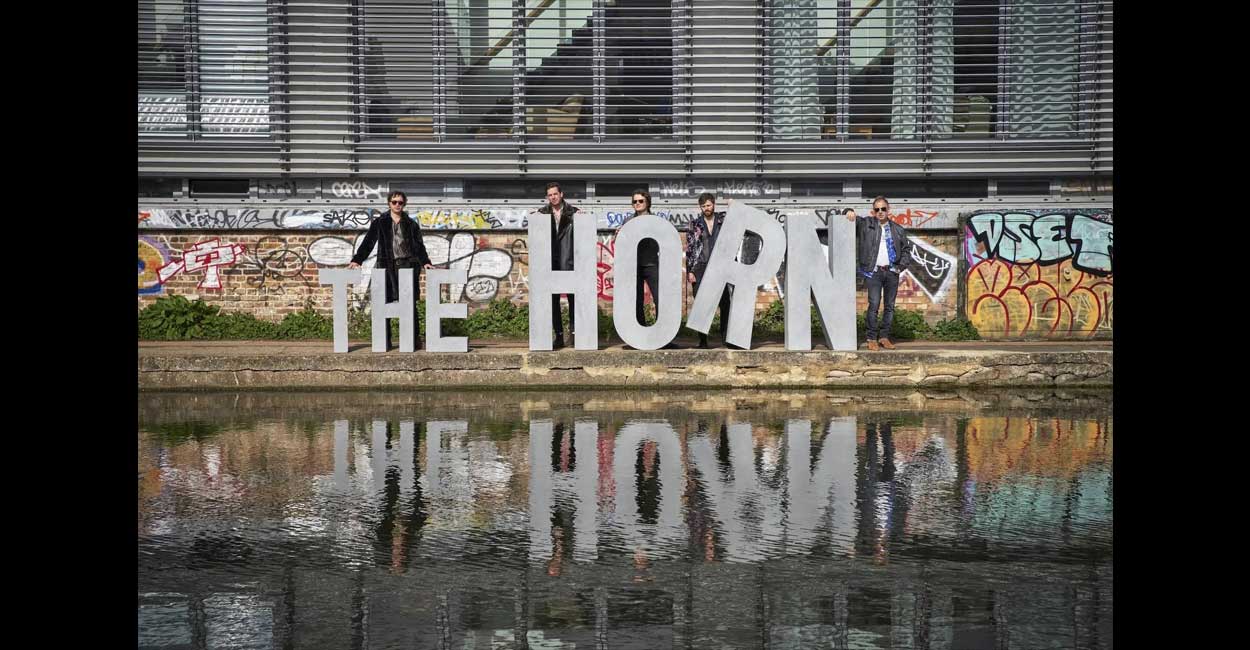 2022 has been quite the journey for the steadily rising tour-de-force The Horn. It all started out as studio sessions between the former Friends of Gavin member Nick True and multi-instrumentalist Danny Monk (in order to bring to life the former’s long-lost songs from the 80s), although things quickly gathered steam as the pair’s innate compatibility soon emerged as something to be taken seriously.

Soon enough, they brought singer and guitarist Jonny Taylor, keyboardist Ed Cox and drummer Alex Moorse into the fold – each with their own illustrious pasts in the music industry. With the band complete, it didn’t take long before a distinctly British indie rock-pop sound came pouring out of the studio. The latest iteration of The Horn’s collaborative process is ‘Do It Now’.

‘Do It Now’ was initially written by Nick True in his living room with an acoustic guitar about his attitude to living life to the fullest and getting the most out of it. It struck him that while living in such a time of uncertainty, when our every waking moment is full of anxiety due to the deluge of information we’re exposed to and that’s compounded by the relative helplessness an individual can feel in the shadow of governments, corporations and other powers that be; that we often lose focus of what’s important – our one shot at life.

The fact that True wrote all the lyrics almost in one go is testament to the songwriter’s earnest motivation. Naturally, he took this energy down to the studio where Jonny and Danny added their own essential touches to it before the three of the five band members polished off the production with a middle 8 section and guitar break. As the instigator of ‘Do It Now’, Nick’s incessant humming of the melody worked its way into Danny’s mind which later resulted in the complex solo pattern that cemented the entire song. In the end, one can’t help but be carried away with the driving rhythm and ascending riff which are combined perfectly to propel that unforgettable hook.

This stellar studio performance is compounded by this fun music video, which mirrors The Horn’s peak Brit-pop sound with a classic band set-up and flickers of the band’s home city London.

Heavily involved in the creative process, Jonny Taylor shares his own thoughts on the band’s fourth single ‘Do It Now’: “Without you always wanting it to, this song gets under the skin like a knife and stays with you for days. But really I think it expresses the frustration, which is perhaps that of not being allowed to do something, waiting in line, or just the sheer impatience of what it is to be a human being on this planet.”

This new single isn’t just another ear-wormy anthem to add to your playlists (although that’s just as true); it completes The Horn’s debut EP, also titled Do It Now. From the four-track EP, we’ve already had the pleasure of hearing the three preceding singles.

The first of these was the resurrected ‘Passion’, which Nick True first wrote when he was 26-years-old and it still retains all of that early earnestness that inevitably wrestles up against impatience and recklessness of youth. Their debut was praised by the likes of Beautiful Buzzz as a “punchy indie-rock delight drenched in staggered melodies designed to complement its buttery smooth vocal delivery” and It’s All Indie affirmed that with this first release “the band mean business”.

The Horn’s sophomore single came in the form of the melodious honesty of the timeless slowburner ‘Always Late’. It’s a notable lament to an all-too-human shortcoming and proves that even in their restrained form, this band still delivers an enrapturing narrative, dreamy-eyed melodies and swaying rhythms to great effect. ‘Always Late’ landed with CLOUT who were drawn to the “diaristic and endearing quality to the conversational nature of the writing”, whereas Obscure Sound picked up on the “forlorn vocals and hazy acoustics intermingle amidst gentle touches of keys”.

For their third release, The Horn came through once again with the punchy and deceptively upbeat ‘Power Show’, which warns the receptive listener to be wary of all cult-like ideologies, to keep a skeptical eye open, and to resist any type of tyrannical power structures. At this point, Backseat Mafia noted that “with only three releases under their belt, The Horn have done more than establish themselves as one to watch.”