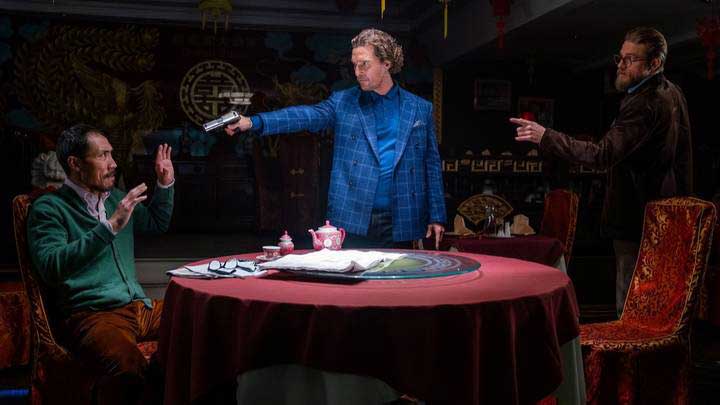 Guy Ritchie’s “The Gentlemen” is a cinematic roller coaster containing a wide range of witty characters, plot driving twists, and an interlocking web of racketeering. Hollywood A-lister Matthew McCaughnhey plays our protagonist, Mickey Pearson, an American “entrepreneur” that owns a sizable underground marijuana operation and sits at the throne of a violent crime empire. As word gets out that he is planning to sell his organization and retire, a string of schemes is hatched by surrounding groups to steal his fortune. Side stories become more and more relevant as Hugh Grant narrates, playing a private investigator “Fletcher” who reveals a pandora of inside information about crime elements in England that further assists the progression of the story. In “The Gentlemen”, Ritchie returns with his classical narrative elements, astonishing the audience with a story, but will leave them disappointed with the progression of the characters and their relationships.

Guy Ritchie, born in the UK, left school at age 15 to pursue low level film jobs. He did not attend a higher education of any kind of film school. He climbed his way to the top from quite literally the bottom. In 1998, he broke through with his production of “Lock, Stock, and Two Smoking Barrels”, an English crime thriller, with a dash of comedic value. The majority of Ritchie’s films followed suit as complex mystery thrillers that demand the audience’s full attention and invite them to investigate as new components of the plot are revealed to them, although Ritchie is always one step ahead. The story takes place in the United Kingdom. 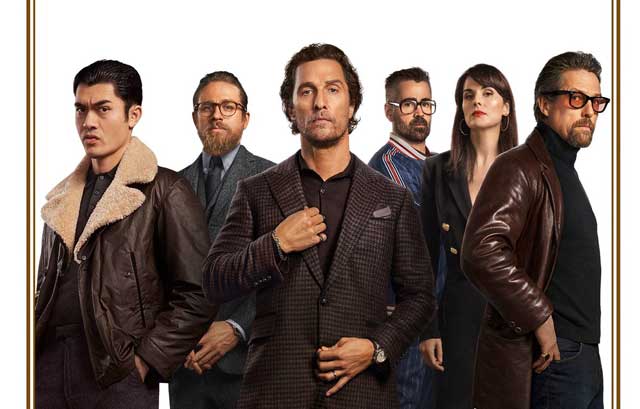 “The Gentlemen” takes a similar path to some of the directors previous films such as “Snatch”, “Lock, Stock and Two Smoking Barrels”, and “RocknRolla” utilizing a large cast, English location, and multiple storylines that grow ever closer throughout the progression of the film. Although he has dipped his toes into lighter genres when directing films like “Aladdin” or “Swept Away” Ritchie thrives in the areas of mystery, thriller, and crime. The inclusion of his own culture is always on his agenda. In an interview with media channel Bang Showbiz, Ritchie explains, “I am interested in English culture and English subculture and any expression within that I find to be provocative… In the right way without being deliberately provocative, it’s viscerally provocative, and I think in the right way this commentary about our culture… it’s just worthwhile.” (Ritchie and Showbiz). It’s impressive that Ritchie is able to create a work so easily catered to American audiences. Although the film encases loads of English jargon and inside culture references, the story and stylistic choices make it an appealing film to outside cultures.

It’s clear that Ritchie plays by his own rules, not bending over backward to make movies that agree with everyone. When asked about his newest film and its relations to political correctness in an interview with Patrice Berlin, Ritchie explains that the term has grown vague. He states that political correctness while aiming for inclusiveness and to be more human has almost transformed into a dogma. He says,

“It’ s about the disparity between everyone, right? And how that disparity has to reconcile. Because that’s what’s interesting. But as long as you’re coming from the right place, all reconciliation is possible — Life isn’t supposed to be easy, it should be confrontational, but it just depends on how elegant you deal with confrontation” (Ritchie and Berlin 5:20).

“The Gentlemen” might not agree with everyone’s beliefs or values, but can produce an amazing experience for a viewer by taking them through sequences that might feel confrontational or even awkward. (Ritchie, “The Gentlemen”

The film begins as a puzzle that doesn’t quite fit. As it continues, side plots are introduced and the pieces slowly come together. It’s hard to call the film an organized coherent unit, but in a way, it isn’t supposed to be. The chaos that unravels during the release of these new characters and simultaneous conflicts force the viewer to become entwined in the story. His stylistic choice to include an array of diverse characters with different goals drives the story forward and makes for a superior climax when everything snaps together.

The actual cinematic style of the film relies heavily on editing. Often during the film, different scenes will run parallel with each other, accompanied by intense background music, from Christopher Benstead, adding to whatever frantic chase or race between time is occurring. Ritchie lets the audience view each event simultaneously to build tension, and he does it very well. Another editing technique that is utilized is the manipulation of speed to enhance the look of a fight sequence. Ritchie will slow a shot down and then contrast the sequence with a jump of quick cuts and actions. He says “‘It’s all about winding something up and then releasing it.’” (Kallina). This effect produces an intense string of shots that jolt the viewer.

“The Gentlemen” is a classic Guy Ritchie flick. It encompasses everything a Ritchie fan could ask for, but certain aspects might deem it unsuitable for an average movie-goer. For example, the narration during the film isn’t absolutely necessary in points, and almost distracts the viewer from what’s going on. Criticism should also be aimed toward the characters and how they were progressed, which was basically absent. Personally, I found that none of the characters saw an actual arc. No redeeming qualities were revealed (granted, which is hard when they are all heartless mobsters), nothing about their traits were changed, and none of them were taken to the point where they could have been. This might be due to the sheer amount of characters that are included. When you have your hands full trying to characterize a 30 person cast, it’s inevitable that some will turn out a little shallow. I think that’s the way one can look at it, Ritchie picked a large character base with numerous plots and desires but in (Ritchie, “The Gentlemen”) doing so sacrificed those specific attributes, habits, and quirks that make each character unique.

Ultimately, the film accomplishes what it sets out to do. It provides all the elements of a Guy Ritchie movie: loads of characters, multiple storylines, and twists. “The Gentlemen” is a great film for an active viewing experience that will blow audiences away with its plot but will underwhelm them with its characters and their relationships.