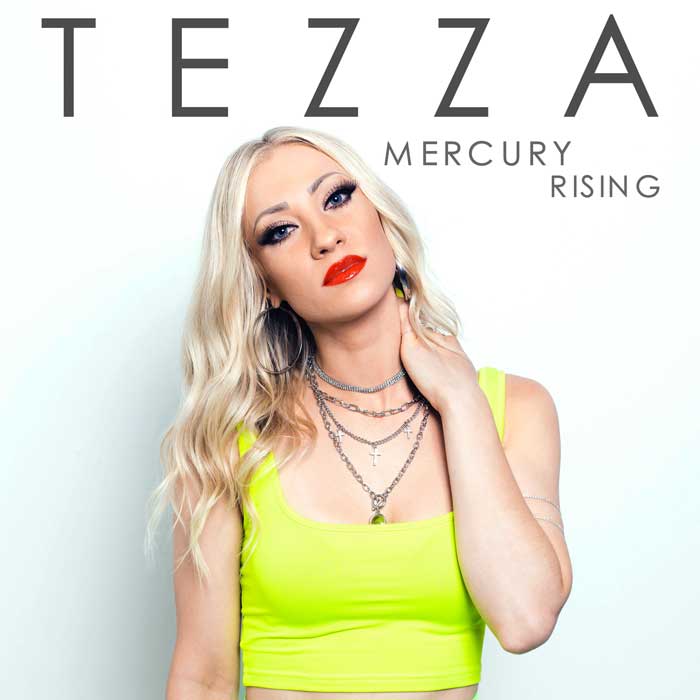 “Think rhinestone space suits, lime green neon, stark white backdrops and cosmic inspired futuristic high fashion. That’s exactly what I envisioned when putting together the music video for my current single,” explains Tezza. “It was so much fun to see and feel the spacesuits come to life under the bright flashing lights and wide-eyed focus of the camera lens. We went from neon green to metallic silver and experimented with pulsing green strobe lights and static ridden tv sets. Everything went without a “hitch”… unless we’re talking about on a rocket!”

The single has been featured by CMT and earned spots on numerous Spotify playlists including Hot Country, New Boots, Wild Country, Next From Nashville, PopCo, and Fresh Finds Country.

Now residing in Nashville, Tezza has had the opportunity to tour across the U.S. and open for acts such as Hunter Hayes, Granger Smith, Chris Young, and Charles Esten, just to name a few, and play world renown venues such as The Bluebird, Bitter End, and Nashville’s annual CMA Fest.

A unique, new take on female pop-country with a Northeastern twist. Tezza was born and raised in upstate New York where she grew up with a love of horses, performing, and country. She attended Berklee College of Music and then made her way to NYC to work on NBC’s Saturday Night Live.