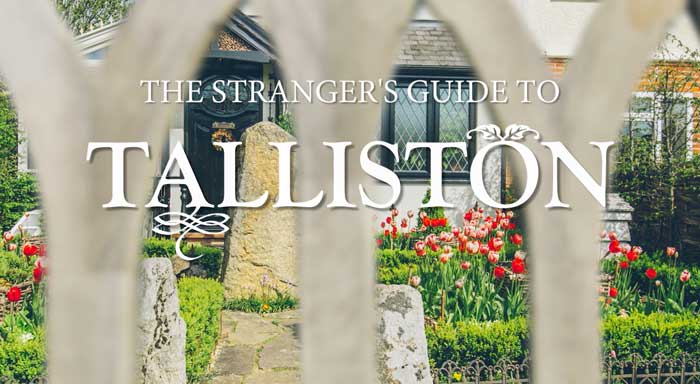 Divine loves showcasing unique people and unique places. And it doesn’t get any more unique than Talliston, and its owner, John Tarrow. Divine Editor in Chief, Susan Mac Nicol, counts John as a friend and has been part of the Talliston experience herself for some years. She’s written chapters in this incredible place, broken bread with the inhabitants and enjoyed a scary night in the Haunted Bedroom. 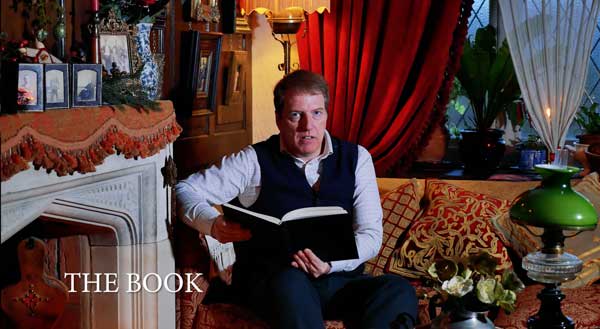 Talliston is an exploration of the concept of the extraordinary within the ordinary. It’s about realising how we each have inside us the power to be whatever we want and to live any life we can imagine. Already the house is a thriving community of writers, artists and artisans – and appeals to anyone who yearns an escape from the mundane modern world into a life made magical.

And now, comes the book, the tale of this magical place.

What John had to say

The Stranger’s Guide To The Dark House & Dangerous Gardens of Talliston, a book charting an immense no-man’s land; a world without time or place, built to protect the last magical places on earth. It’s a world the boy gets trapped within, and the harder he tries to escape, the deeper he is drawn inside…

Talliston is an incredible example of what can be accomplished with the power of pure imagination. And I wanted the novel to capture what it’s like to step from the ordinary world into the extraordinary.

I wish when I was thirteen I could have discovered Talliston and read this book – Because at its heart is the idea that built the entire house: that with inner belief, we can all achieve extraordinary things.

The novel will delight, challenge and inspire children and adults alike – and show that the world of our dreams can be found in the most unlikely of places.

The setting for this novel is a real-life house that’s been on quite an extraordinary journey itself. It began in 1990, with the UK’s most ordinary house: a three-bedroomed, semi-detached, ex-council house in Essex. Over the next 25 years, more than 130 volunteers, artists and artisans transformed it into Talliston House & Gardens. Now that Talliston is internationally famous and dubbed ‘Britain’s Most Extraordinary Home’ (The Sunday Times), it has inspired this amazing adventure.

If you’re the kind of person who has fallen in love with a Grimm’s fairy tale, delighted over Alice’s adventures in Wonderland, or dreamed of flying with Peter Pan to Neverland, you’ve arrived at the right doorway. Talliston is a place you’ve only ever seen in your dreams; a world of magic and imagination like nowhere else on earth. A house where Time never treads…. 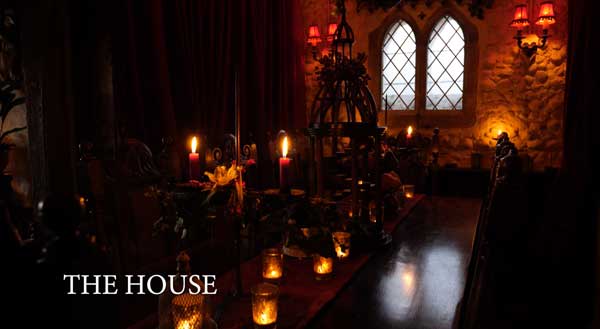 Abandoned and alone, thirteen-year-old Joe’s world is shattered when he enters a deserted council house and becomes trapped within a labyrinth protecting the last magical places on earth. There, Joe discovers The Stranger’s Guide, a cryptic book charting this immense no-man’s land and his only map through its dark and dangerous puzzle of doors and rooms. Hunted by sinister forces, Joe is forced ever deeper into both the maze and the mystery of his missing parents. What lies at the labyrinth’s centre and will it reunite him with the family he so desperately needs?

Equal parts Miss Peregrine’s Home For Peculiar Children, His Dark Materials and The Lion, Witch And The Wardrobe, The Stranger’s Guide To Talliston is a classic tale of adventure that introduces readers to an otherworld hiding in plain sight, cloaked in magic and steeped in imagined history. Yet beyond its fearsome huntsmen and battling magicians lies the story of children discovering the secret that lies within all of us – the power to live extraordinary lives.

PLEDGE AND BUY THE BOOK AT UNBOUND

Show your support and pledge to receive the Special Limited First Edition hardback of The Stranger’s Guide To Talliston, a classic adventure story, set inside the unique and amazing house and gardens.

The Limited Special First Edition Hardback is a beautiful collector’s piece, capturing every room, chapter by chapter, in an enthralling adventure across time and place. It comes with a golden labyrinth on the cover and beautiful end papers, plus dust jacket with exclusive cover art. 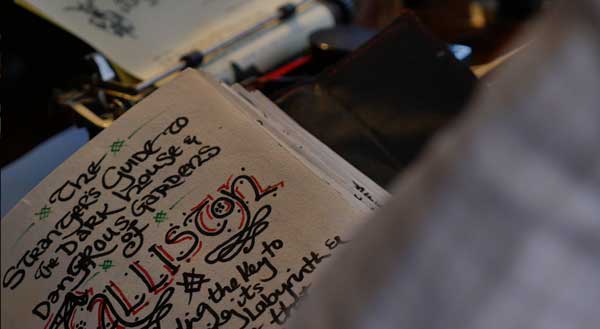 Some of the press articles from The Talliston Press Archive

A Tale of Two Men