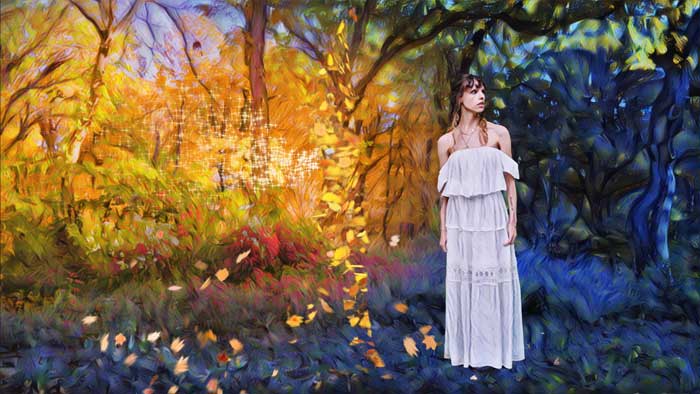 Rising Brooklyn based folk singer-songwriter Tallie Gabriel has released her debut music video, ‘Story.’ The music video takes audiences through an animated storybook experience, featuring dreamy choreography and visuals that look like something out of a painting.

“We really wanted to explore the fairytale nature of the song by making the video look like something out of a dream or a storybook come to life,” says Gabriel. “We let our imaginations run wild and Dave and Lea really captured all of my fantastical ideas for this song with the video!”

‘Story’ is a single off of Tallie Gabriel’s debut EP, Little Death, which released last year to much acclaim. She is slated to roll out more singles later this year, the first on May 12.

Tallie Gabriel’s work is born out of moments of tender vulnerability. Her music is steeped in warmth and affectionate intimacy—exactly how she likes her heart best. Her poetic lyrics and thoughtful storytelling combined with her lilting voice have drawn comparisons to the likes of Regina Spektor, Ingrid Michaelson, and Sufjan Stevens. She draws inspiration from a variety of indie singer-songwriter and folk predecessors, as well as incorporating the influence of the trad Irish, Bal-musette, and classical motifs that attracted her to the cello and music composition when she was younger. Gabriel is 1/4 of the folk group Cardboard Rocketship.