Warner Bros. Records is collaborating with Netflix for the exclusive music soundtrack of Westside, Netflix’s first ever unscripted music series. The series follows the lives of nine young artists struggling for success in today’s high-pressure music industry. On November 9th, the unscripted eight-episode series launches globally on Netflix, same day and date as the release of WESTSIDE: THE MUSIC, the official 20-song soundtrack on Warner Bros. Records. Two songs featured in the show’s trailer are available now on all DSPs.

Listen to “We Are The Ones” here 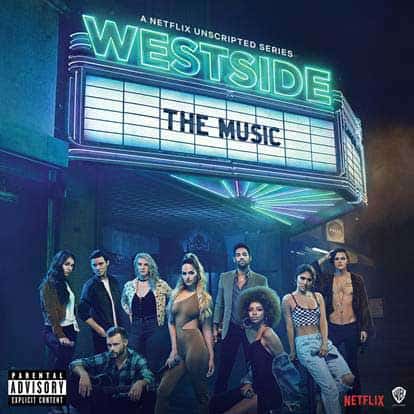 Westside offers a groundbreaking and deeply personal glimpse into the journeys of nine young Los Angeles-based musicians at the heart of the story. Their music spans multiple genres from rock, pop and alternative, to urban and country. As they strive to develop an ensemble performance for a potential show­case at an L.A. nightclub, each episode sheds light on their creative processes and personal struggles. Cinema verité-style documentary footage is interspersed with beautifully produced music videos created by some of the top directors in the field.

“Westside struck me immediately as a quantum leap forward in the synergy of contemporary music with the raw vibe of today’s unscripted series innovations,” said Tom Corson, Co-Chairman and COO, Warner Bros. Records. “Musical diversity as a powerful social force is the cornerstone of Westside, and nowhere is that relationship better understood than at Warner Bros. Records.”

“The creation of original music for Westside – featuring an unparalleled team of multi-platinum producers/songwriters, working together in real time with the cast and unscripted narrative – has produced a remarkable outcome,” said James Diener, Executive Music Producer of Westside. “The initiative for music integration in Westside will lead the way for original programming to come.”

The first two singles from WESTSIDE: THE MUSIC will be available on all DSP’s in partnership with Netflix’s release of the global trailer for the series. They are:

The series, a vibrant reimagining of the groundbreaking British...

It’s an artist’s world, with everything changing and evolving...

Queer as Folk is a vibrant reimagining of the...

The 22-year-old rapper out of Minnesota recently released ‘Cupid’,...