Warner Music Canada’s Scott Helman has finally unveiled his highly anticipated album – ‘Nonsuch Park (sa)’, named after a UK park he often used to frequent during his childhood, with his family, in particular his beloved ‘Papa’, Alan. Oozing with nostalgia from the get go, it’s clear this project is one that is extra special, not only in its musicality but also in its meaning and what it represents.

“It was here where we would walk and cackle at awful jokes, lean in for the stories, make peace with our busy lives and draw meaning from the lessons we had learned since our last visit,” says Scott. “If my past works have been displays of discovery, this work is a declaration – a declaration of love, meaning, questions and truth, and it is all dedicated to you, Papa. Thank you for helping me piece together the fragments of my life and giving me the space to do it.”

Containing 11-tracks, the album is made up of the previously released tracks ‘Wait No More’, Everything Sucks’, ‘EVERGREEN’ and ‘Papa. The new, unheard tunes are the single ‘Lois’, ‘(nonsuchpark)’, ‘Good Problems’, ‘(california)’, ‘Afraid Of America’, ‘True Crime’, and ‘(meetagain)’

A unique, catchy, alternative, electro-pop infused listen from start to finish, ‘Nonsuchpark (sa)’ showcases Scott’s unmistakable vocal tone and clarity alongside his adeptness and sophisticated songwriting skills. This newest installment from Scott is sure to procure well deserved and continued success and recognition across the globe.

A previous 2020 JUNO nominee for Single of the Year (‘Hang Ups’), Scott Helman has established himself as one of Canada’s leading songwriters whose versatility promises a limitless ceiling. The Toronto artist has toured around the world with the likes of Shawn Mendes, Vance Joy and Tegan and Sara, and has collaborated with Alessia Cara, Blas Cantó and Hunter Hayes.  With 2 platinum and 3 gold singles, 5 career JUNO nominations and a worldwide record deal through Warner Music Canada, Scott Helman is poised and ready for an international breakout.

Keep up with Scott here: 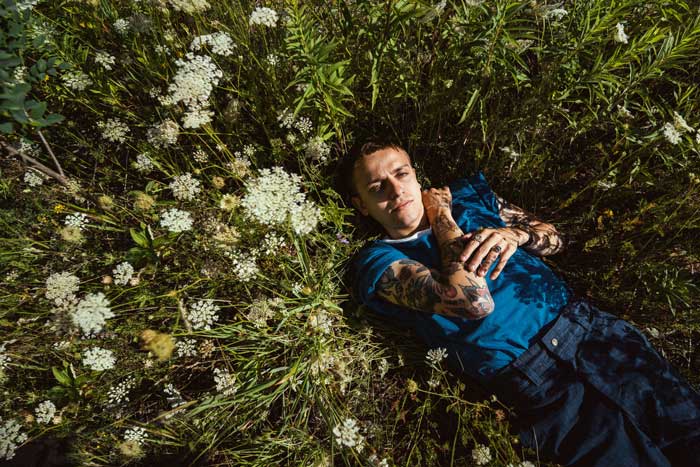