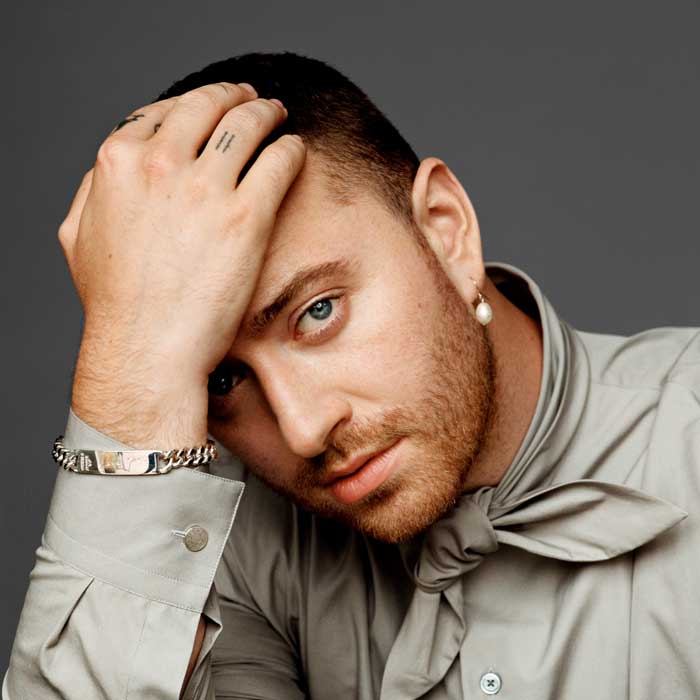 Smith wrote the track with Shellback (Adele, Maroon 5, Taylor Swift) and Oscar Holter (The Weeknd, Tove Lo). Shellback and Oscar Görres (MARINA, Allie X) produced. The official video, was directed by Emmy award winning filmmaker Luke Monaghan, who also teamed up with Smith on such videos as “Too Good At Goodbyes” “Writing’s on the Wall” and “I’m Not the Only One.” Their work together has amassed over 2.5 billion streams.

Says Smith, “The last two years has been the most experimental time of my life, personally but also musically. Every time I went into the studio, I promised myself I would shoot for the stars and have no limitations. The result has been so magical and so therapeutic and FUN.  My love for music is so broad and all of my musical guilty pleasures became pleasures. No guilt, no shame, just the love of singing and creating and dancing. I am so thankful to every human who embraced my creativity and direction and allowed me to be whoever I wanted to be in that studio on that day…listen to these songs with an open heart and treat each song like a different flower from the garden, have fun with them, I tried not to take myself too seriously when writing a few of these songs. I hope they make you smile, because they made and make me.’

Smith worked with a roll call of revered collaborators including Steve Mac (Ed Sheeran, Celine Dion), Shellback/MXM (Robyn, Pink, Britney Spears), Labrinth (“Love Goes” title track) masterminds Stargate as well as good friend Guy Lawrence (Disclosure) and long-term collaborator Jimmy Napes to curate a collection of songs written over the course of the past two years, all displaying individuality with each one telling a different story.

Alongside “My Oasis,” the cross-continental collaboration with Burna Boy, Love Goesalso features previously released bonus tracks with other notable co-collaborators including Normani, on the multi-platinum global hit “Dancing with a Stranger,“Calvin Harris on “Promises“ and Demi Lovato on “I’m Ready,” along with Smith’s chart- topping track “How Do You Sleep?,” and more.

Since the release of their 2014 debut album, In The Lonely Hour, Sam Smith has become one of the most celebrated artists to emerge on the music scene in recent history. Sam has sold over 25 million adjusted albums worldwide, amassed over 30 billion career streams, sold out world tours, won four GRAMMY Awards®, an Oscar, a Golden Globe and three BRIT Awards.

Love Goes follows 2017’s The Thrill Of It All, which debuted at No. 1 on the Billboard 200 and also topped the charts in the U.K., Ireland, New Zealand, Norway, Sweden, the Netherlands and Belgium. Awarded four stars by Rolling Stone, the album included the hit single “Too Good At Goodbyes,” which recently became Smith’s second song to receive over a billion streams on Spotify, after “Stay With Me.” Smith, who has won GRAMMY, BRIT, Golden Globe and Oscar awards, recently featured on Tiwa Savage’s new song, “Temptation.” 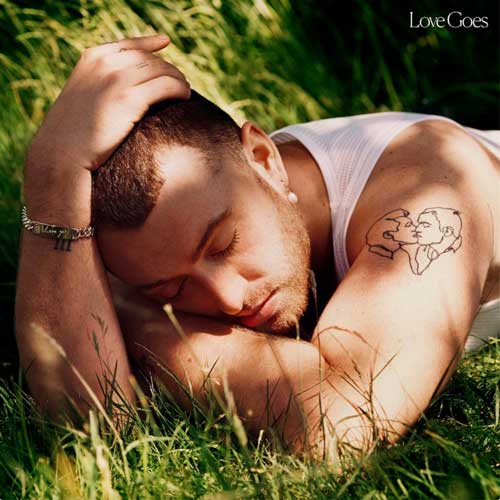