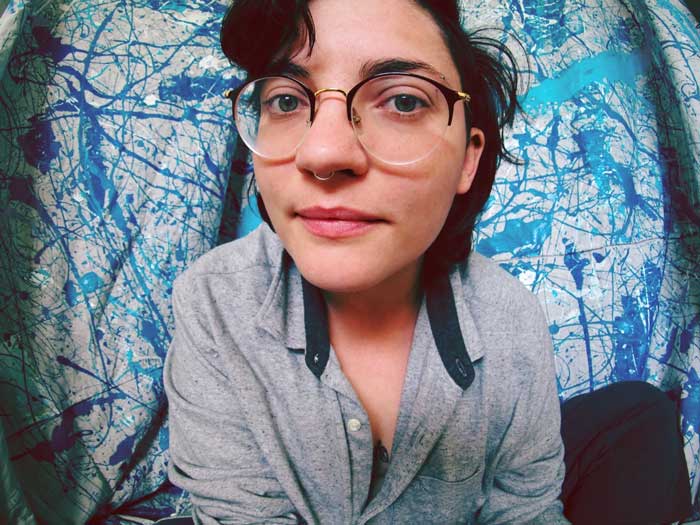 Courtesy of the Artist

LA-based singer songwriter Rosie Tucker (they/them) is a dynamic creative force. They exploded into the musical zeitgeist with critically acclaimed 2019 album Never Not Never Not Never Not and have continued their rising trajectory with several follow-up singles and shows with kindred spirits like Phoebe Bridgers, Soccer Mommy, Vagabon and Remo Drive. Today, Rosie has released the new single “Arrow,” a Jeffrey Lewis cover, alongside a colorful lyric video.

Rosie began performing “Arrow” on tour, and it quickly became a live fan favorite. Each set was followed by a flurry of fan questions, DMs and emails asking about the song and if there is a recording. Rosie hopes releasing the song now, when they are not able to perform and connect with fans in person, will bring some comfort and enjoyment during this difficult time.

“For me it’s a song of disassociation, born in the uncanny space where the onslaught of time bends beneath the weight of present circumstances. Consider the crap on the nightstand: at once innocent and sinister, it towers over the apartment, the building, the whole city around it, if you believe in the city at all. The song’s speaker struggles to square his solipsistic impulses with knowledge of the wider world, collapses into a flurry of questions before ascending to sleep, where he will certainly dream alone.

Wolfy produced, mixed and played bass on the version we’re putting out now and I think she did an uncanny job of catching whatever it was we were bringing to the stage. I hope people like our version but I’d be just as pleased if they hated it and started listening to Jeffrey Lewis instead.”