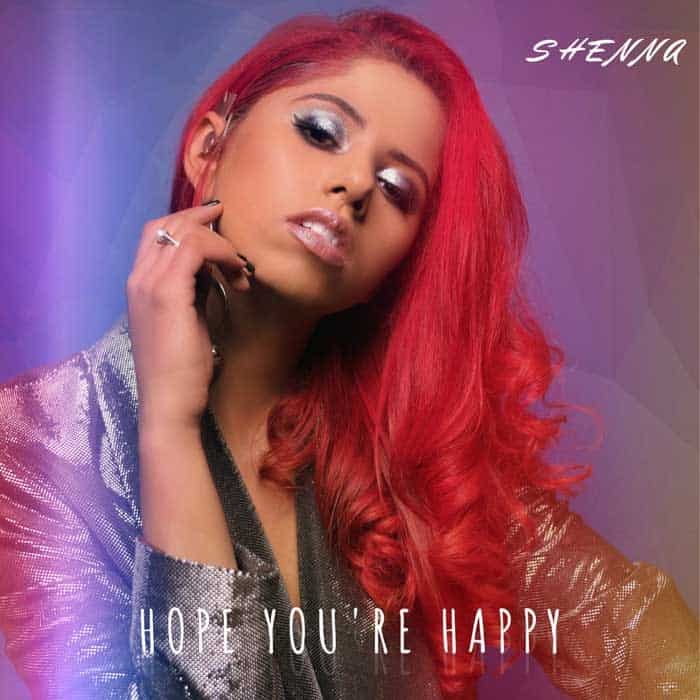 After a strong showing in the fourth quarter of 2018, rising r&b/pop sensation Shenna shares her first new single of 2019 “Hope You’re Happy”via CelebMix.

“I’ve been listening to a lot of Dua Lipa because my goal is to grow how she did. This song is about social media. I’m making references to social media terms like ‘follow me’ ‘likes’ ‘trending’ etc. It is basically about making others happy by constantly posting on social media but feeling like you’re losing a part of yourself.” – Shenna

Link to premiere of “Hope You’re Happy” on CelebMix: https://bit.ly/2WMA1ia

“Hope You’re Happy” serves as the lead single from Shenna’s forthcoming EP Blue Memories, due out later this year.

Shenna Somsmieh, known by her stage name Shenna, is a singer, songwriter, actress, dancer, co-producer, and model who, since the age of seven, has performed in front of thousands across the United States, United Kingdom, and Canada. Hailing from Woodbridge, Virginia, Shenna’s received some heavy airplay in the U.S and in several countries around the world including Poland, Australia, Ghana, and the U.K. Several of her records (including two from her debut album Made Of Gold) are featured on the 2016 season of Oxygen’s The Bad Girls Club (“You Can’t Sit With Us,” “Made Of Gold,” “So Love”), MTV’s Teen Mom OG (“Control“), MTV’s Finding Carter (“Take Your Time“), and Netflix’s film Miss Stevens (“Made Of Gold”). Shenna’s debut EP, Dream In Color, held the number one spot on Bandcamp in the Washington, D.C., Maryland and Virginia market for several months.

An advocate of women empowerment, Shenna exudes the boldness of icons Rihanna and Lady Gaga both in her fashion sense, and music. Her Syrian, African-American, and German background has also had a profound influence on Shenna’s artistry.