Ramen for a Loner – Travel in Tokyo 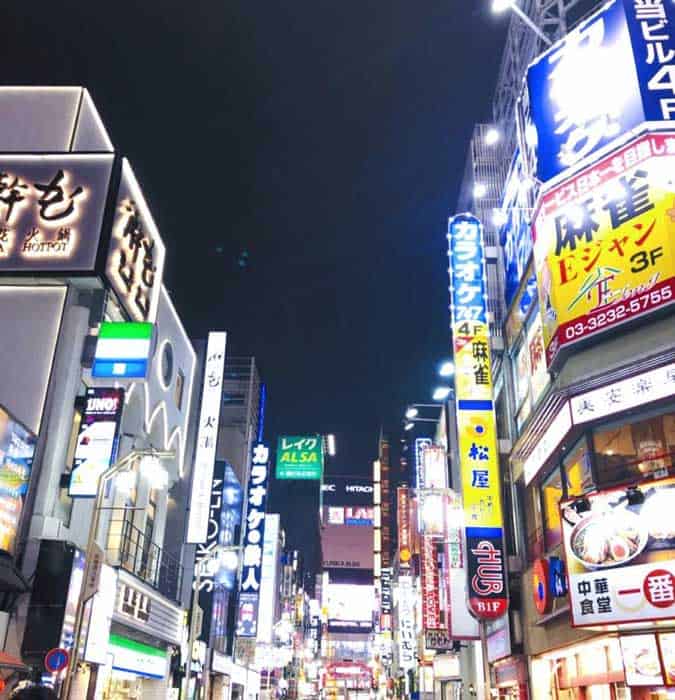 From the oval window of the Shinkansen to Tokyo via Shin Osaka station, I silently said goodbye to Hiroshima. The rain finally poured, and my heart was sinking. The city taught me that human’s altered ego on war has its lethal cost. The town was once flattened out on the ground, Burnt, beaten and defeated. On the other hand, I also learned how humanity brought men together to rise from the ground. Resilience, love and hope is indeed the power of all. The darkest days of the past are never forgotten. The city was rebuilt as the wound slowly healed. Hence Hiroshima has grown up to be the city with a reluctant charm.

Having been travelling for almost three weeks, the first thing I learned from Japan was patience, discipline, and mindfulness towards others. I began to be hesitant to use the word Japan because the word itself doesn’t correlate well with the nation’s history, culture and tradition. I personally prefer ‘Nihon’, the sun of the east, as it corresponds with the true identity of the nation.

Back in Tokyo for another four days, I was once again lost in the endless multi-level floors of Shinjuku station. I was on my way to Ameya Yokocho market. Soon I got out of Okachimachi station, just before my eyes, Just like watching the film’ blade runner’ on a giant 3D screen–without those fancy flying cars, of course–I was greeted by a cinematic hustle and bustle street market. Trains were zipping through the elevated railway. Colourful billboards and signs flickered both Hiragana and English words. The sea of people poured out of the station exit, dotting laneways and shops. Gentle sun and chilled breezes as the clouds gently revealed pale blue sky.

Ameya Yokocho is an open-air market running parallel beneath the JR railways. This is the market where food stalls selling grilled oysters next to a shop selling discounted Onitsuka Tiger sneakers. A Japanese speaking middle eastern man at the charcoal chicken shop raised his voice to get attention from customers. I saw some tourists sitting on the low plastic stools, waiting patiently. Smokes from the kebab truck were dancing in the air. A lady was calling out ‘Grilled seafood!’ as she was waving out a laminated menu on her hand. This is the new era of multicultural Japan. I strolled along the laneway, letting myself drift in the crowds. Ameya Yokocho is a market that makes you feel never left alone.

But when night fell, Tokyo was seductive. Its jazziness entertained me. It charmed me with its colourful lights and modernism, sophisticated culture, yet unpretentiously made me lonely and discontent. Loneliness is Tokyo’s big enemy. When I thought I fell in love with the lights of Shinjuku, I was left alone and lost in the sea of people; young lovers, hard-working husbands, single career women, office workers, confused tourists, and assertive immigrant pimps approaching me with the promise of resort pleasures. Fancy bars and Izakaya, Michelin star restaurants recommended by travel guide books and TV shows seem to be inviting, and a must-visit while in Tokyo. After spending the night trying to find the fancy restaurant recommended by the travel guide book somewhere in Nishi Shinjuku, I stopped right in the restaurant’s front. Some expats walked in, I heard laughers broke, then followed by a small group of Japanese men in dark business suits, and then a young couple walked out the doorway hand in hand. From outside, I glimpsed the interior designer restaurant. I was looking down on my own feet, shivering. That moment I was feeling so lonely, all by myself.

Loud music was racing with illuminating lights in the neighbourhood Yasukuni Dori. I just kept walking, bearing the cold. Suddenly, there was a dimmed neon-lit sign ‘Ramen’ in Hiragana. The shop had a dark green wall. I saw people walk in and out, but what attracted me was they were all alone. There was only a tiny doorway, and someone always either walked in or out. None of them came with a friend, colleagues, partner, or family. I was intrigued, so I didn’t think twice to walk in. And here I was, under the neon-lit front room. The staff greeted me and suggested me to order the food from the touch screen in the corner of the room.

I was walking through the dark corridor leading to the main restaurant. The room had dark wooden walls with large calligraphic posters on each wall. Each long table was attached to the wall, and small partitions separate between the table on each seat. I chose the chair just next to the corridor. There was a little curtain in front of me, and suddenly it was opened. It only revealed a darkroom through the window. I could hear someone greet me in Japanese, and said something. I assumed he asked me to give him an order card from the touch screen, and I did, but he gave the card back to me, said different expression. It confused me. Suddenly, I heard a girl quietly whisper behind the partition on my right.

‘He said you gave him the wrong card.’

I turned around, trying the find out where the source of the voice was. From the partition, I could only see the pink cat ears. A girl, probably early twenties, slowly raised her head, revealing her dark eyes, wearing the cat’s ears on her head—those of Halloween costume accessories.

‘You dropped your card back in the corridor,’ she whispered, handing out my card through the partition. I thanked her. She landed me a smile, then her eyes were back drawn to the mobile.

‘Did you come here by yourself?’ I asked quietly.

‘Everyone here comes alone. This is the ramen shop for a loner,’ She replied. I heard her giggle. 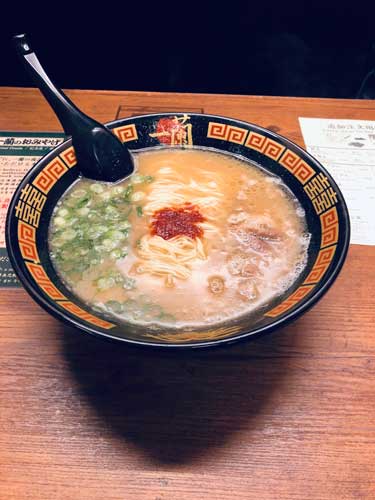 Our curtains opened at the same time. Right from the dark window, two mysterious hands were handing out a bowl of ramen, followed by a ‘thank you’ and ‘enjoy the meal’ in Japanese. In front of me, there was a bowl of smoking ramen. I spooned the light brown broth and slurped the noodles just like a local. It was warm through and through my throat.

The cold night suddenly wrapped me with warmth and comfort. It was my first ramen in Tokyo, and it was ramen for a loner.