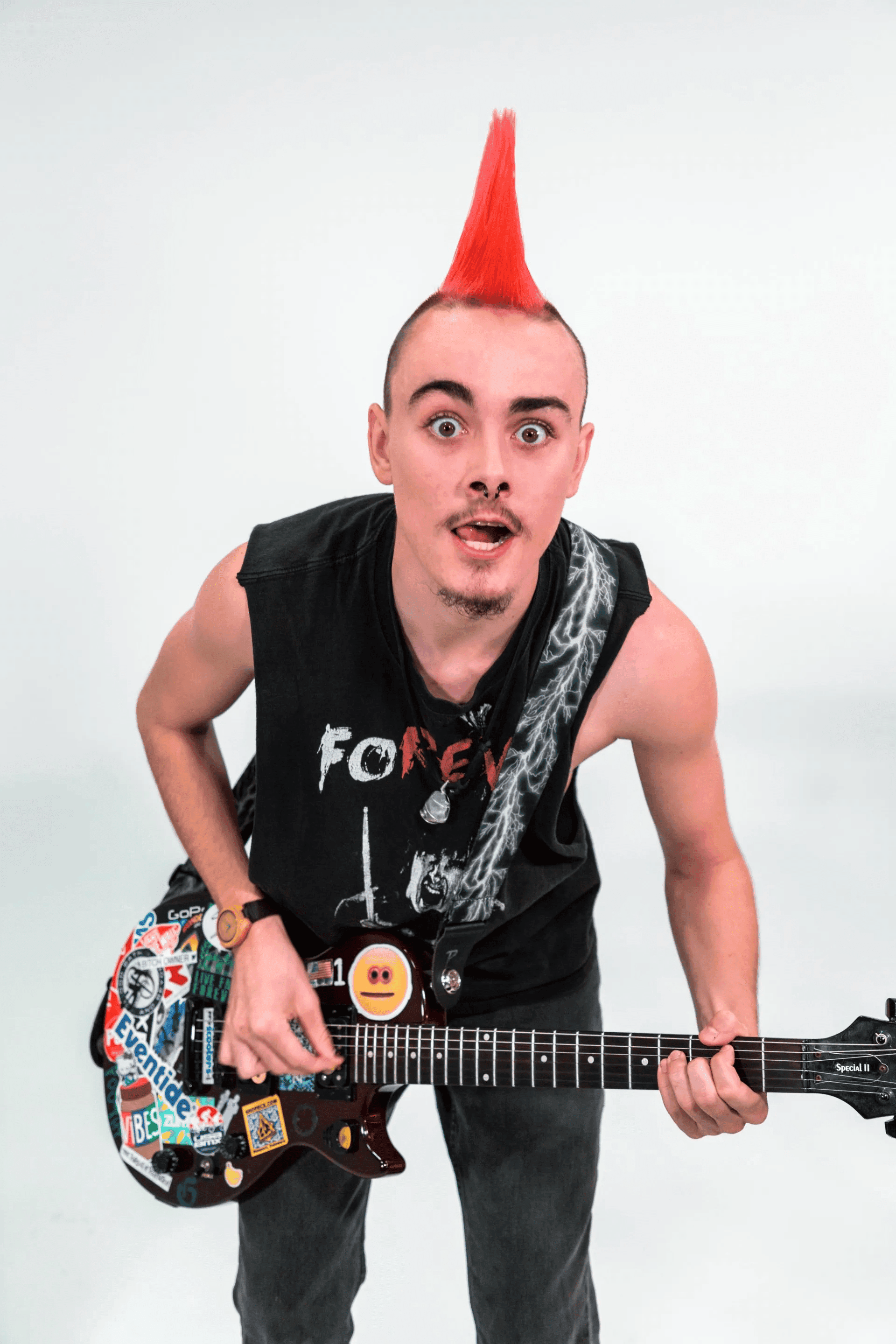 Singer, songwriter, drummer, and multi-instrumentalist Gunnar Gill is punk’s newest raging rebel rocker. Flaunting his high-rise mohawk and clad in a tank top and well-worn jeans, Gunnar carries a striking image visually that carries into his catchy and dramatic music.

He combines 21st-century attitude with a throwback lo-fi classic punk sound, melding the anthemic pop-punk of artists such as Blink 182 and Green Day with the stoned poetics and, sometimes, vulgarities of rapper Mac Miller. “I like to sneak in lyrics that make people turn their heads, and go ‘what did he just say?!’,” Gunnar says laughing.

Gunnar just released his new 5 song EP, Raging Rebel Rocker. The title was taken from his ex-girlfriend’s father who warned his daughter saying, “Don’t go out with that ‘raging rebel rocker,’ he’s going to ruin your life!” The EP’s 5 songs live up to its outlaw promises, delving into the details of Gunnar’s real life adventures. Juicy stories abound about girls, friends, weed, hateful people, and illicit romantic affairs.

“The motivation behind these things is humor—deep down I am sweet and loveable guy,” Gunnar reveals. The songs themselves are tuneful blasts of punk with scrubbed-raw vocals, relentless virtuosic drumming, and instantly familiar choruses. “Painted Nails & Grinded Rails” looks at a teenage friend group from different angles, and also examines Gunnar’s self-doubts and bouts with loneliness and anger.

“God Forbid I Care” is a tautly tuneful outburst of hooky, old school punk rock that lashes out at an emotionally unavailable former partner. “Who’s The Real Coward” is a hardcore screed against a two-faced person with barked vocals and a dizzying display of blast-beat drumming. “Do The Deed and Smoke Some Weed,” is an imaginatively-arranged and explosive dis-track, frothing over with punk rock venom.

“I always had anger issues growing up, and I never found a healthy way to let things out until I discovered the drums and writing my own music,” Gunnar says. “I like aggressiveness; I like things hardcore; and I like making high-energy music that makes people want to jump around.”