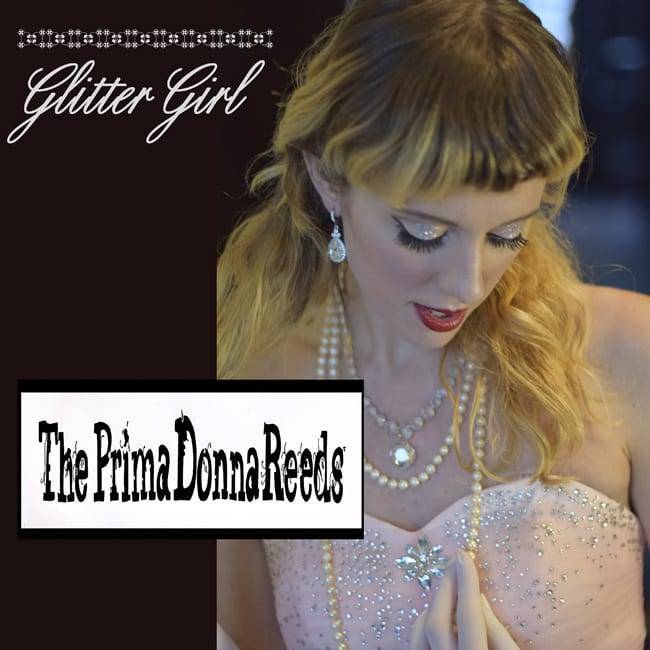 JC and Karena are a powerful songwriting duo that write in a hard hitting rock style, incorporating funk, punk, jazz, and flamenco influences-the result being a fresh and unique sound. Karena’s poetic and edgy lyrics speak directly to listeners, evoking strong positive emotions. JC’s music features strong rhythmic grooves, with memorable melodies and unexpected harmonic changes. JC and Karena currently co-produce their recordings at The Townhouse Studio in Harlem, New York City, along with a talented, up and coming sound engineer, Vlad Moshnin, who also contributes guitar, keys and synth parts on some of the tracks. Their recordings strive to capture the energy and immediacy of a live performance, avoiding excessive processing and effects. When you listen to the Primadonna Reeds recordings, you are hearing talented musicians at work, playing songs that grab the listener’s attention immediately and pack a powerful emotional punch.

Other artists who have contributed to Primadonna Reeds recordings include Luigi Scorcia, a veteran guitarist and bass player who toured widely with the legendary punk rocker, Johnny Thunders; John Sheppard on bass guitar and vocals; George Morales on drums; Ayman Boujlida on drums, and Pete Margolis on guitar.

The PrimaDonna Reeds latest release, (2020) a single entitled “Glitter Girl” is a hard driving punk rock track about a mercenary young woman chasing life in the spotlight. “Glitter Girl” is featured in the movie “Rolling Stone: The Life and Death of Brian Jones”, written and produced by Danny Garcia, about the founding member of the Rolling Stones.

The PrimaDonna Reeds debut album, “Red Stilettos” is co-written by JC and Karena, and features an upbeat pop/rock vibe fused with flamenco, funk and blues influences that coalesce into a fresh sound unlike anything else on today’s music scene.

The title track, “Red Stilettos” is Karena’s rocky wild fantasy of searching for her lover “runnin’ wild in red stilettos, lookin for my baby…”, while Cell Phone Funk is a tongue in cheek parody of cell phone users being oblivious to their surroundings, lovers, nature, etc. “Lookin at your phone, leave that thing alone, a kangaroo’s escaping from the zoo.”

JC’s song, “Say You Love Me” is loosely based on the flamenco form “Tarantas”, and fuses flamenco harmonies with rock rhythm and instrumentation.” Come to Me” and “My Heart’s On Fire” are funky, sexy songs incorporating Latin and jazz/pop influences. “Queen of the Night” is a rap-rock dance number with brilliant horn playing by guest artists Satish Indofunk on trumpet and Danny Ray on sax.

The sweet ballad, “All the Time in the World” is Karena’s love song to JC and has a rock/country feel with some Celtic influences. The album is rich in musical content, with beautiful melodies, unexpected harmonic structures, and complex rhythms.

Loggins Promotion, LLC has been the leading radio airplay promotion, marketing, publicity and consulting firm in the U.S. for almost three decades. We specialize within music promotion and marketing and continue to have highly successful campaigns within all genres of music including Top40(CHR), Adult Contemporary(AC), Country, Urban, R&B, Rap/Hip Hop, Rock, Smooth Jazz and College. All projects are regarded as our top priority with total focus of our abilities. We are committed to make your project an examples of the highest level of professionalism and anyone has to offer. In simple terms, give us the opportunity and we will prove it to you by furthering your music career like no other can. We strongly believe our promotional efforts will be beyond satisfactory to you and we are hopeful you will extend to us the opportunity to show you what phenomenal results we produce.