The album will not disappoint Moni Grace’s fans as it takes them on an intense emotional journey exploring themes of violence, self love, and forgiveness. Moni’s specific and evocative lyrics and impressive vocals, ranging equally between a raw, lamenting quality and impressive high tempo expression are primary to the album’s storytelling.

Moni Grace released her first EP, How To Fall In Love With The Concept of Forgetting, in 2020 and was featured in Punktastic, Buffablog, and Performers on the Go. She is slated to released another album later in 2021.

“I no longer sleep without the covers on top of me.
I was told once, as a child by my mother, when I was scared of the monsters taking me, or touching my body while I was asleep,
To use the covers to protect myself.
That covering my body had power.
That under the covers was the only place, when I was fearful, that I was safe.
That I would not be touched without permission.
Why, is it at age 23
After believing that I earned my right to safety after enduring the violence of my trauma,
That the second assault even happened.
Because I covered my body;
But now, I understand that clothing, or alcohol, or trusted friendships do not validate the actions of sexual violence, including my experience with rape.
And Body I forgive you for believing once that you belonged to the experiences that consumed you or your being, and I do forgive you for believing then that it was your fault.
And to my body:
Body, I hope you can forgive me too.”

-Moni Grace on Safer Under the Covers

Stream Safer Under the Covers https://monigrace.hearnow.com/safer-under-the-covers 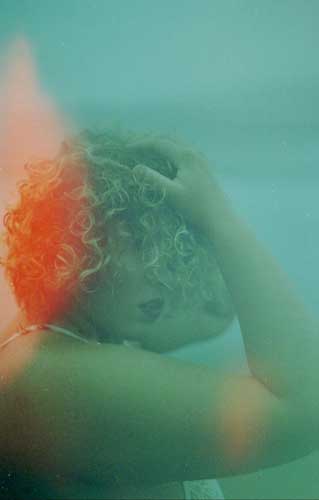 Moni Grace is a 23-year-old singer/songwriter based out of Boston, MA. Heavily influenced by pop-punk through her raw and unique adaptation of alternative pop, she is able to approach artistry in a conceptual and abstract way. Moni uses this approach in every song she creates, and incorporates her creative expression, self-reflection and soul. “[Moni Grace] has established her own unique style and positioning as an artist who has found her own spot for creative expression with down-to-earth honesty” (Performers on the Go).