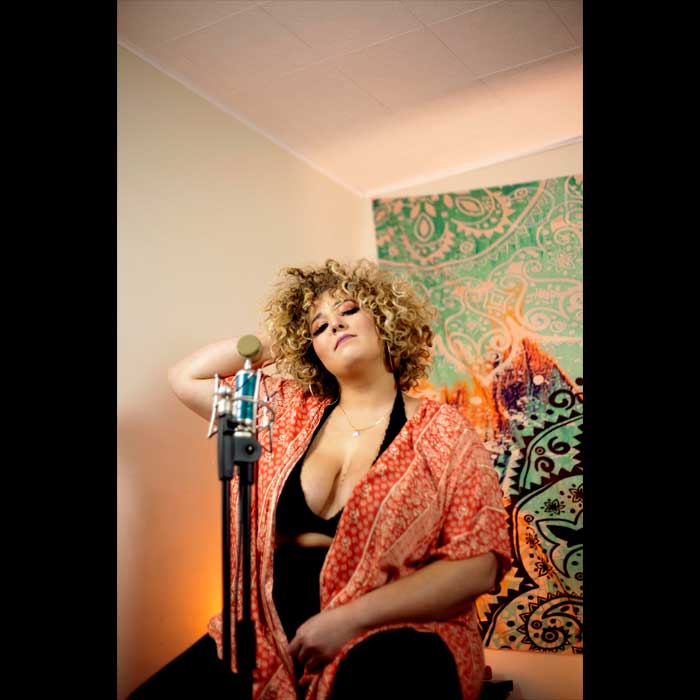 Her third studio project and release is an emotional autobiographical rollercoaster from Grace’s life centered around the exploration of her sexuality and healing.

“There’s a certain high or freedom to letting go and coming to terms with memories that have haunted you for so long,” says the artist when asked about what sparked the idea for the record. “I think moving forward is essential. A lot of my music conceptually stems from my healing process, and part of that process is knowing when to leave things behind.”

The E.P. features music and lyrics by Moni Grace, guitar and bass by Rachel Moon, and drums, bass, production, mixing, and mastering by Jake White.

Moni Grace is the diy solo project of a queer, biracial-black 24-year-old singer/songwriter based out of Boston, MA named Monica Whitlock. Through the genre emo / alternative pop, she is able to approach artistry in a conceptual and abstract way. Monica uses this approach in every song she creates, and incorporates her creative expression, self-reflection and soul. “[Moni Grace] has established her own unique style and positioning as an artist who has found her own spot for creative expression with down-to-earth honesty” – (Performers on the Go). Releases include her debut EP:“HOW TO FALL IN LOVE WITH THE CONCEPT OF FORGETTING” (August 2020) and her debut album “SAFER UNDER THE COVERS” (January 23rd, 2021), has gained various media attention within its first six months, as well as surpassing 100,000 total streams across platforms. “Grace’s pop-punk influences shine on her raw take on the heartbroken singer/songwriter role” – (BuffaBlog). “Her songs go so far beyond what I tend to expect from young singer/songwriters (a cliched take on the angst of young love/loss, etc.) Her work has a mastery and an emotional depth that is impressive. Her songs convey real emotion. I had tears listening to her “stories.” -David D

Why Go for both Wholesale and Retail for Your Plus Size Fashion Branding?