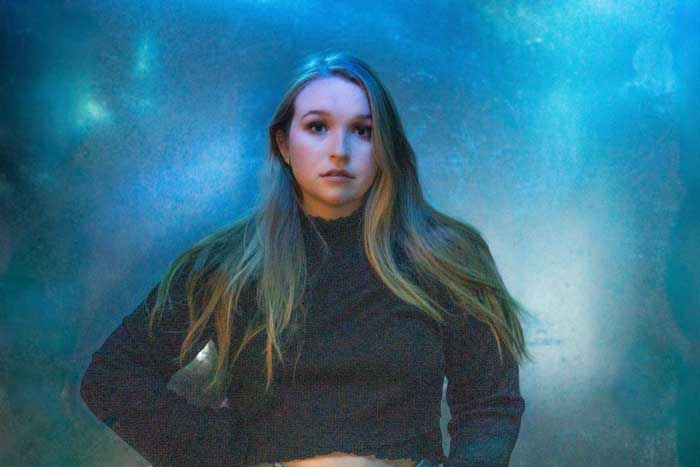 “‘Empty’ is about falling in love with somebody and being invested in the relationship but realizing they are not putting forth the effort,” she describes. “You still try really hard and it just leaves you empty.”

Writing it roughly one year ago, “Empty” was more of a projection of what that relationship strife might feel like. “At the time it didn’t make sense for me because I hadn’t really been through that,” she says, “but then I broke up with my boyfriend and I was like, ‘OK, this all makes sense now!’”

In addition to working with Parish as a producer, Gilliland considers his former band as one of her biggest influences growing up, along with the likes of Alabama Shakes and Arctic Monkeys, while also having a longtime love for female belters such as Adele and Amy Winehouse.

Becoming one of Gilliland’s biggest champions, Parish also became a mentor. “Peyton is a diverse artist. She can pull you in and captivate you with a ballad as equally as she can a hard rocker.” Adding, “Her growth from when we first started working together has been immense and I can’t wait to see what’s next for her!”

Currently traveling between Nashville and her hometown Huntsville, AL, Gilliland is working in the studio with Parish on new music for her yet-to-be titled release. Her latest music expresses her self-assured nature and showcases a steady vocal that originates from a confident lower register and climbs to powerful controlled belts. At 18 years-old, the Alabama native is still in school with graduation just around the corner. She has already seen two of her previous tracks on Digital Radio Tracker’s International Airplay charts, including “Frantic” (#22) and “Ones That Leave” (#122). Recently, Gilliland was named a semi-finalist for the International Songwriters competition, selected from a group of more than 25,000 entries.

Alternative rock project Wave Break has released their new single "Stop The Car," out on all digital platforms now. The fourth and final single off of their upcoming...