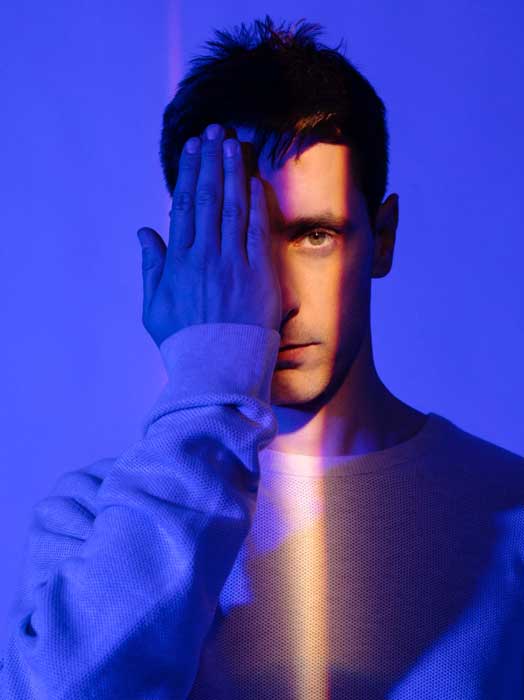 Hailing from rural isolation on a sheep farm in the Scottish Highlands, ONR (pronounced “honor”) is carving his own lane in pop with new track “Sober” (feat. Carina Jade), out today. Aglow with an ‘80’s-inspired throb, “Sober” is his debut release on Warner Records and the first off his forthcoming Must Stop EP, out May 15. The EP features four sparkling synth-pop gems with an anthemic rock undertow that are almost entirely written, played and self-produced in his home studio in Dumfries and Galloway. An official video is also out

ONR is singer, songwriter, multi-instrumentalist and self-taught producer born Robert Shields. Inspired – not to mention bored – at his family’s farmhouse on cliffs overlooking the North Sea in Scotland, Shields began writing and performing his own songs aged 12 or 13, teaching himself piano on a battered instrument missing half its keys that he uncovered in the family shed. While still at school, he had his first break: he won a songwriting competition, judged by Coldplay’s Chris Martin, and was later offered a place at the Liverpool Institute of Performing Arts, founded by Sir Paul McCartney, which he declined. With such an isolated childhood, his songwriting was his form of escapism, a craft he was intent on perfecting first and foremost. His hard work caught the attention of a manager who flew him out to LA – his first time out of Scotland ever – culminating in a label war, yet he understood the heat of success and still didn’t feel quite ready, both mentally and musically, and turned all of it down. He continued to hone his skills by fine-tuning his songwriting and perfecting his live show, performing hundreds of gigs across Europe, eventually touring with acts like Bastille, while immersing himself amongst Scottish hit-makers Lewis Capaldi and Calvin Harris. Now Shields has finally figured out who he is as a songwriter, making music that is true to himself, of which he is proud.