Oh how the world turns…. research CAN be very interesting… 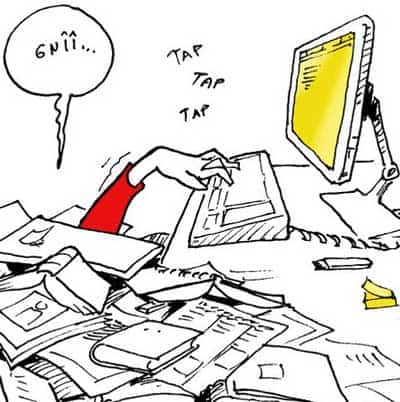 I think I’ve said this before but I’m going to bore you and say it again. I love my role as a writer/published author/scribe/wordsmith/woman of letters….

Whichever way you look at it, it has changed my life to the point where I meet the most interesting, supportive, funny and downright irreverent characters I’ve ever had the pleasure of knowing. And now that I have ‘branched out’ into writing stories about the world of the gay male romance relationship, it’s just got better.  I do talk about things in this post that may offend sensitive viewers, so feel free to look away now.

This group of writers is incredible.  In the words of the ladies in that wonderful British sitcom, they are ‘Absolutely Fabulous’.  Eddy and Patsy would be so enamoured with this lot.

You can read more about Ab Fab here http://www.imdb.com/title/tt0105929/ if you’re interested. It’s a classic if you like neurotic, sarcastic, chain smoking, drug popping and hard drinking women with attitude. And let’s face it, who doesn’t…

Anyway I digress. Back to this group of writers who have given me such pleasure over the past couple of years.  Not the pleasure your dirty mind is thinking of, although …hmm, I guess there is an element of that when you’re reading hot, loving, gay man sex scenes…

Despite me being a newbie to the scene at the time (in every way really, both writing and in this genre- my first book was only published August 2012 and my first M/M romance came out Aug 2013) – they have taken me into the proverbial fold, offered me support and encouragement, some jaw dropping moments, an education beyond compare in the ‘ins and outs’ of writing this type of story and a lot of entertainment.

There was the debate on whether a tongue stud will affect a blow job and if so, in what way? Good, bad? Anyone tried it, have an opinion? Of course they do.  I am now enlightened up and beyond the call of duty on the effect of a tongue piercing on a man’s penis.

Then there’s my personal favourite, another fellow author, also a gay man, who offered to ‘test drive ‘my sex scenes with his boyfriend so that my research could be validated. Whether it actually happened or not I have no idea but this man and his partner deserve a commendation for their commitment to duty. If there’s an Oscar out there for this, someone let me know. Maybe we should think of a name for it. Feel free to give me your suggestions. Not too rude please. It might have to be mentioned on national TV.

The wonderfully named Gayology101 forum on Goodreads is a complete eye opener and I thank the stars we have actual gay men and women answering questions that we straight women pose on their sexual activity. It gets a little raw in there I can tell you, but nothing we writers can’t handle in the name of ‘research’.

I mean, honestly, where else could one talk about these sorts of things without feeling like a pervert?  And believe me, getting it right is extremely important. There’s nothing worse in my eyes that the research not being done properly and ticking someone off when they’re reading a book because it’s so blatantly wrong or unrealistic. You may not get it all right, and others may disagree with your take on some things but at least you tried like hell to do it right in the beginning.

Of course, all of the above applies to heterosexual sex as well, but I have a far better idea how that works, being an active participant myself. But when you’re writing about something you’ve never physically experienced or done (note I don’t say visually experienced and I shall leave you all to ponder on the relevance of that statement) you need help to make it work.

So befriending these authors, some of whom are more experienced in writing in this genre than I am, who have already run the gauntlet and had their men have mind blowing sex with each other,  was a privilege and an honour.  Discussing things in forums which may seem a little ‘out there’ was an education. Reading their books and finding out how they tackled the subject matter was enlightening and rewarding and most pleasurable. I doff my hat to them all.

All in all, I am enjoying this phase I’m going through and have every intention of continuing it. After all, David Sarnoff, businessman and pioneer of American radio and television,  said:

‘Whatever course you have chosen for yourself, it will not be a chore but an adventure if you bring to it a sense of the glory of striving.’

Well, I am definitely striving…..so the path ahead can only be a LOT of fun.