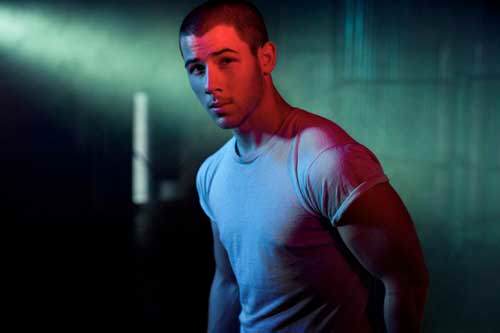 Now available via all digital retailers, the up-tempo smash was produced by Ian Kirkpatrick and The Monsters and showcases Jonas’ impressive falsetto. “Levels” is the debut single off the Island/Safehouse Records artist’s second solo album, due out early next year.

Jonas will perform “Levels” for the first time ever on national television when he headlines the MTV Video Music Awards Pre-Show on Sunday, August 30 at 8PM. During the pre-show’s live broadcast the 2015 MTV VMA nominee for ‘Best Male Video’ for “Chains” will also give viewers an exclusive first-look at the new music video for “Levels.”

Following the premiere of “Levels,” Jonas will head out on own his own headlining “Live In Concert” tour which kicks off on September 6 in Hershey, PA. The tour will make stops in cities across North America with dates in New York, Boston, Chicago, Dallas, Houston, Miami, San Francisco and Los Angeles. In addition to his solo dates, Jonas will join Kelly Clarkson for Canadian performances on her “Piece by Piece” tour and will make special appearances at JAY Z’s Made in America Festival on September 5 in Philadelphia, Island Records all-star concert event Island Life on September 8 in New York and iHeartRadio Music Festival in Las Vegas on September 19. Please visit livenation.com for a full list of dates and tickets.

In addition to his musical endeavors, Jonas will return to TV this fall as a guest-star in Ryan Murphy’s highly-anticipated horror-comedy series “Scream Queens” premiering on September 22 on Fox and will reprise his critically-acclaimed role as a mixed-martial arts fighter in Season 2 of the gritty family drama series, ‘Kingdom’ which premieres October 14 on DirecTV’s Audience Network