“Between Giants” is the stand alone vision of the award-winning New York-based singer/producer/multi-instrumentalist Tyler John. He combines electric guitar, keys and Blackbear reminiscent vocal inflections to craft a sophisticated coalescence of gritty indie-pop.

“Between Giants” was founded in March of 2017 and exploded onto the local and national stage. After leaving his previous band, local north-eastern giant Kalimur, the vision of “Between Giants” was crafted and the debut guitar driven single “My Truth” was released. His passionate lyrics and diverse genre-mashing saw this and supplemental releases “Conversation” and “Sympathize” exceeding a staggering 70,000 plays across multiple streaming platforms as well as garnering press attention in major national publications within months of the project’s inception. This success built into radio play, festival slots, and a self-organized 17 city tour up the east coast of the United States with two nearly sold-out dates.

After his buzzing debut EP, Tyler John has taken his project in a new direction – utilizing a hip-hop base and summer ready infectious electro-pop to craft a brand new soundscape. The two newest singles, “Colors of Your Mood” and “Every Night” combine for over 40,000 plays across the Spotify network.

Kalimur, the band featured on the track, was one that I co-founded a few years back and went on tour with as well as recording two full length albums that saw moderate success, charting top 25 on iTunes alternative-rock charts.) 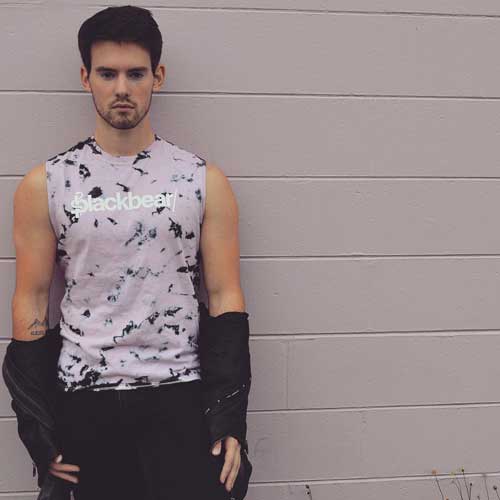