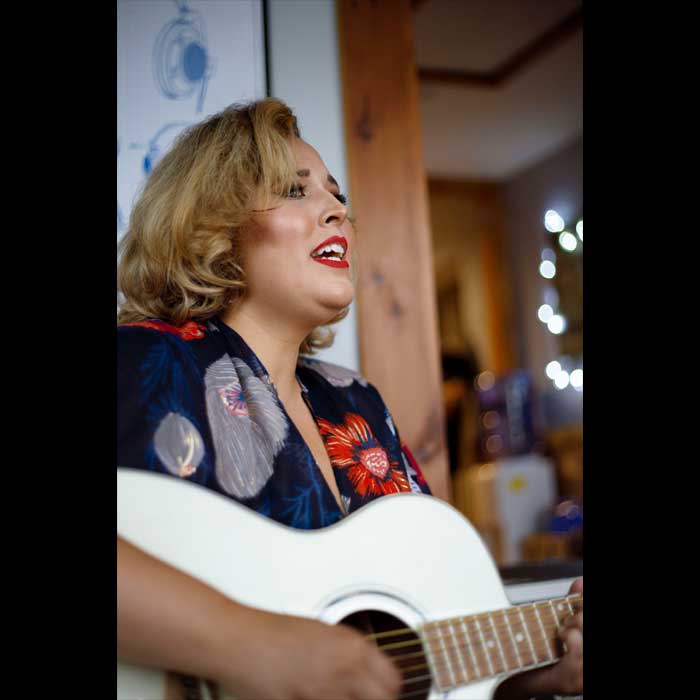 Rising punk-pop soul singer-songwriter, Moni Grace, has released her latest single, “The Chase,” her first single following her 2021 debut album, Safer Under the Covers. The track features music and lyrics by Moni Grace, guitar by Rachel Moon, bass by Nathan Wright, and mixing and mastering by Jesse Coutu. The Chase is available on all streaming services today March 26.

The track explores Moni Grace’s past toxic relationship, and does not shy away from calling out her ex’s shortcomings, displaying her artistic valor. Fans of Moni will feel an incredible sense of catharsis listening to this track, with its poignant lyrics and strong vocals.

“Spring of 2019 I got out of a severely toxic, four year long relationship. My ex had been cheating on me for close to 3 months before I ended it/found out. The day after we broke up, I wrote this song. I wrote it with the intent not to bash other people, but to merely remind myself and others to not let any abuser, any experience or trauma— literally anything take you away from your power,” says Moni. “Your power being your voice; never be afraid to stand up and speak out. Don’t let anyone suppress it. That’s what this song is about. Fun Fact: my ex tried to bring me to court because of this song. I ended up singing it (the full song), during the hearing in front of the judge and everyone. It was honestly the most iconic part of my career yet. Nothing came of it because there’s nothing illegal about it, or wrong with it. Just another straight white male attempting to silence a woman of color expressing herself and attempting to heal and find her voice again.”

Moni Grace released her first 10 song album, Places to Never Return to, and her first EP, How to Fall in Love with the Concept of Forgetting, in 2020 and was featured in Punktastic, Buffablog, and Performers on the Go and another album, Safer Under the Covers in January of 2021 to much acclaim. She is slated to released another album later this year.

Moni Grace is a 23-year-old singer/songwriter based out of Boston, MA. Heavily influenced by pop-punk through her raw and unique adaptation of alternative pop, she is able to approach artistry in a conceptual and abstract way. Moni uses this approach in every song she creates, and incorporates her creative expression, self-reflection and soul. “[Moni Grace] has established her own unique style and positioning as an artist who has found her own spot for creative expression with down-to-earth honesty” (Performers on the Go).