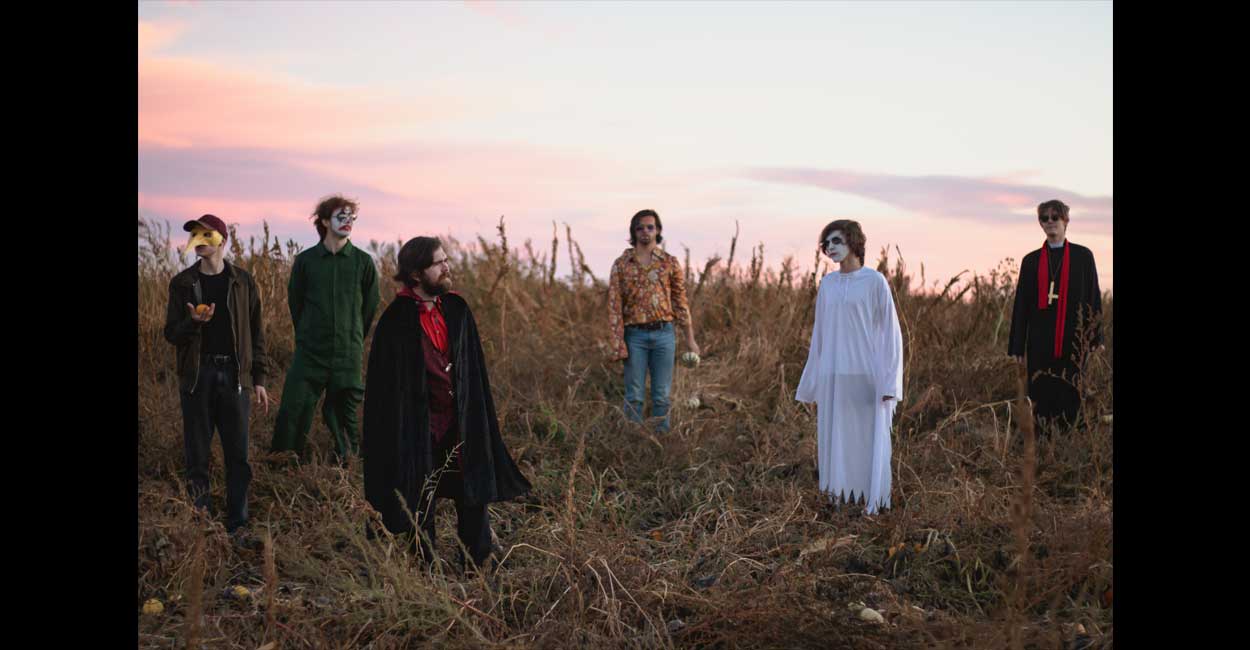 Raccoon Tour is the musical brainchild of Boise, Idaho native Nate Burr. Combining elements of nostalgia, fantasy, and mischief, Raccoon Tour is setting out to create a unique world for listeners to explore. Burr mixes and matches influences ranging from indie, punk, emo, electronic, skramz, and pop while writing music exclusively on a 4 string ukulele and iPad to jot down ideas. Raccoon Tour’s music is full of warm callbacks to childhood and explorations of religion and existentialism, with upbeat and catchy melodies to catch one’s attention while unexpectedly slipping dark and introspective lyrics into the picture.

I’d say Raccoon Tour’s music is unpretentious, fun, and kind of a throwback to the old emo bands I grew up listening to. I was obsessed with Panic! at the Disco, Frnkiero andthe Cellabration, and earlier DIY Twenty One Pilots and that is definitely apparent when listening to the Dentonweaver. I want to make music I would have been obsessed with when I was 14.

How do artists stay on top of the game with so much competition? What’s the secret to making yourself noticed?

The best way to succeed is to deconstruct why certain bands you look up to are successful. Growing up, I was always drawn to performers with strong visual identities, elaborate live shows, and strong concepts at play. Understanding WHY those elements worked instead of straight-up copying them is the way to go from my experience. If you’re gonna wear your influences on your sleeve, you need to be different enough to give people a reason to tune in as opposed to listening to whatever band you’re tributing for a better and more realized experience.

Who are your top two favorite artists of all time? Why those artists?

Twenty One Pilots and an underground musician by the name of Heccra. I grew up with Twenty One Pilots and I really admired their performance and songwriting values. Listening to them really got me excited about certain prospects when it comes to playing live shows and building worlds through music and social media. Heccra is a super tiny musician who made music in his basement throughout his high school years. His work is really scrappy and come across almost like a journal for an angry teenager who has a real eye for nostalgia and home. Highly recommend his music. I was lucky enough to collab with him on our song “Horrorshow.”

Have you always been interested in music? Was there a particular song/performance that made you say “Woah! I want to do that!”

As silly as it is to say now, I went to a Christian music festival when I was about 11 years old. It was my first exposure to live music in a professional sense. Realizing how much fun live music events could potentially be as well as the travel and social opportunities got me excited as a young kid. Although I definitely wouldn’t fit in with any Christian music festivals nowadays, it was definitely a good learning experience all those years ago.

I jot ideas down and make demos at home. I have an old iPad from 2017 and a Scarlett interface as well as a $20 midi controller. That’s all you need to make excellent recordings nowadays. Look at bands like “Hey, ily” who completely record, mix, and master from Garageband. Anyone who says you need big and expensive studio equipment either has no idea what they’re talking about or is probably trying to impress some bored girl at a lame party.

I’ve been writing, recording, and re-recording my debut album The Dentonweaver for the past 7-8 years. I’ve had ideas for future releases brewing for ages, but I absolutely want to make sure I give this specific album its time to shine. Moving forward, I definitely think we’ll explore different sounds with each release similar to how Panic! at the Disco did for their first 5 records. Maybe something folksy? Dig into orchestral work? Hardcore? Radio pop? Polka? Who knows? I’ll keep going an experimenting as long as I can. My only parameter is my 14 year old self would need to think it’s cool.

I’m really good at sneakily Google searching under the table.

Ask that girl out, ask your mom for piano lessons, your 14 year old mustache isn’t impressing anyone, and tell your dad to invest everything into Bitcoin.

I grew up reading the Cirque Du Freak series by Darren Shan. They adapted it into a movie in 2009 and I was stoked to see it. The first half of the movie was almost pitch perfect but… then it flew off the rails and crumbled in the second half by deviating too far from the source material. I hear Harry Potter fans complain about that kind of thing… they have no idea what a botched adaption looks like. It was worse than the Percy Jackson movie. It was so awful. I’d love to see an animated series funded by Netflix take on the Cirque Du Freak story!

I would be vantablack, not because I’m trying to be super edgy or emo but simply because I to someday end up in a lawsuit with Anish Kapoor. The dude bought the exclusive rights to use the blackest and darkest paint in the world and doesn’t allow any other artists in the world to use it. Dude is a dick. I want to make him angry.

New album ‘The Dentonweaver’ out everywhere on 12/3 via I Surrender Records! Pre-order here.