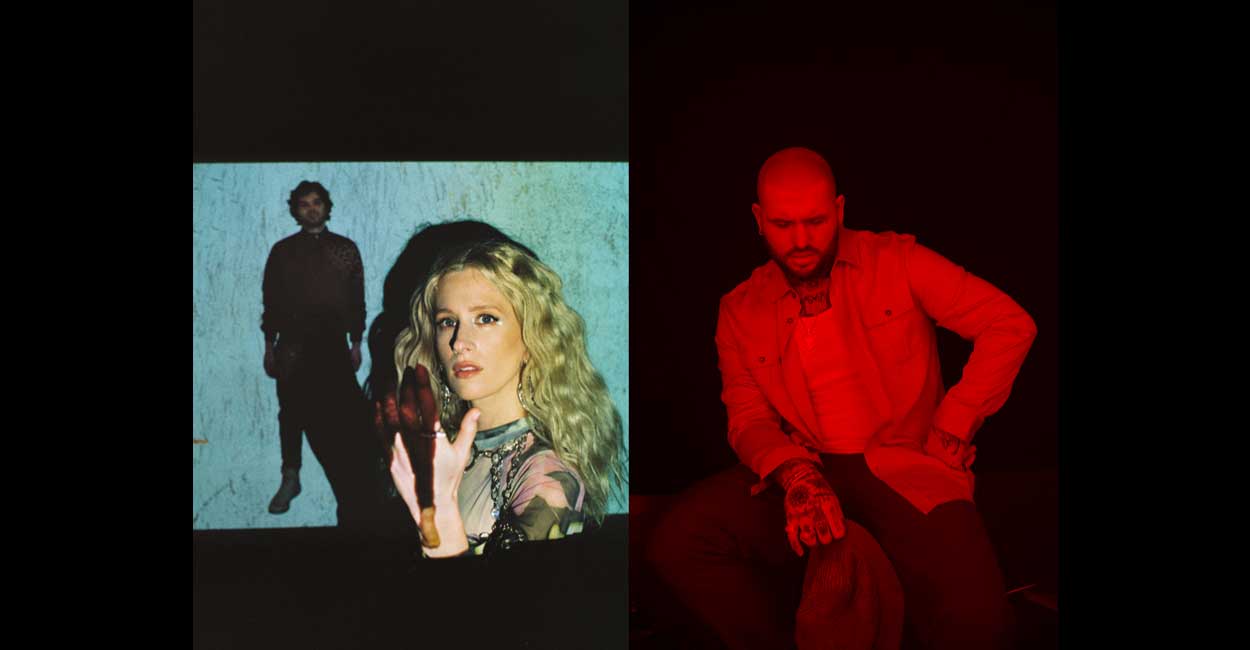 The album almost didn’t happen at all.

Before the pandemic Sam and Jeremy had gotten so exhausted and jaded that for a moment they felt like they might walk away. Then the world ended. And for the first time in eight years they were apart. In those lost months they remembered how much Marian Hill meant to them, and meant to all their fans over the years. How the connection they found through their music was literally magic. And they knew they needed to finish this record.

Marian Hill gave them the lives they’d always dreamt of, and kept them going during the worst year of their lives. When Samantha found herself turning 30 in her childhood bedroom and Jeremy suffered an onset of chronic pain in both of his wrists, the music they made gave them moments of joy to hold onto in a world full of uncertainty. For a few moments each day, they could get lost in a song, and pretend they were playing it for you.

Chances are you’re familiar with the established duo- comprised of producer Jeremy Lloyd and vocalist Samantha Gongol – who released their debut EP, Play, in 2013. Two years later came Sway, an expanded collection of songs, this time officially released through Photo Finish and Republic Records. The seven-track project featured the smokey, trap-jazz hit “One Time,” which went viral on Vine and rewarded Lloyd and Gongol with a gigantic bump in popularity. “One of the most amazing things about being discovered on the internet is you don’t have to tough it out at bars and shows, it kind of happens over night,” Gongol says. “But it also didn’t give me time to figure out my performance, to become confident.” ACT ONE, their debut album, arrived in 2016 and brought the spotlight of virality onto the duo again. Apple featured the album’s single, “Down,” in an AirPods commercial nearly a year after ACT ONE’s release, boosting the infectious single to #21 on the Billboard 100, and pushing Marian Hill through the mainstream bubble. The duo have garnered 2.2 billion worldwide streams, have played coveted late night shows like Fallon, and have toured the world playing festivals such as Coachella and Lollapalooza.
Their sophomore album Unusual followed in 2018 – composed of ten taut tracks including lead single “Subtle Thing” – garnered various tastemaker press approvals from the likes of PAPER Magazine, Billboard & Refinery 29. The record saw the duo solidify their position as a singular voice in modern pop and was paired with a series of ten one-minute visual episodes invoking the work of filmmakers Roy Andersson and Peter Campus. Following this they dropped the was it not EP in March of 2020 right when everything went…badly. Their new album, why can’t we just pretend? drops spring 2022 and includes the previously released singles “ooo (that’s my type)” ft. Baby Tate, “omg”, and “it never ends.”

Born in Libya, GASHI spent much of his young life as a refugee, moving from country to country.  His family eventually settled in Brooklyn, NY, where he was introduced to music at a very young age. GASHI absorbed a melting pot of musical influences throughout his youth, resulting in the formation of his own unique sonic palette that blends together different genres of music.  His dynamic sound led him to be signed by JAY-Z to Roc Nation and has allowed GASHI to collaborate with a wide range of talents ranging from Chris Brown to Travis Scott and Sting to Dua Lipa. GASHI continues to defies and bend genres throughout his discography and has trophied countless global anthemic hits as well as critical acclaim. As a proud Albanian native, GASHI often draws on the infectious sound of the Balkans that has charmed and seeps through as the gold standard in pop. Today, GASHI is the only male Albanian artist to chart on Billboard charts multiple times. In the last couple of years alone, GASHI has released two studio albums, sold out venues across the globe, and has accumulated over 1 Billion Streams with over 300 million video views worldwide. The New York Times cited GASHI as the “trap Phil Collins” and received co-signs from peers including Travis Scott and A$AP Rocky affirmed GASHI “as one of the dopest artists to come out of New York”. A trajectory that is supersonic and an impact that is undeniable, this is GASHI.